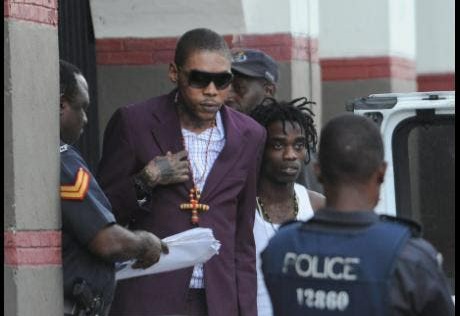 (Jamaica Gleaner) – Vybz Kartel and his co-accused have been granted conditional leave to go to the Privy Council in the United Kingdom to challenge their murder conviction.

The decision was handed down this morning by the Court of Appeal.

One of the conditions is that they must file documents in the case within 90 days.

Further, they are permitted to put the following issues before the court:

> Does the Charter of Fundamental Rights and Freedoms affect the court’s authority to admit into evidence material acquired, secured, or collated in breach of the rights and freedoms that the charter guarantees, and if so, in what way?

>How, if at all, does the answer to that question affect the admission of evidence which was acquired in breach of the right to privacy of communication and the Interception of Communications Act?

> How are enquiries involving jury impropriety or misconduct to be handled when they arise?

> What principles govern the latest time at which a jury may be asked to retire to consider its verdict?More in Home

> How, if at all, does the answer to question affect the convictions of these applicants?

They had submitted almost 40 questions for referral to the Privy Council.

One of the attorneys in the case, Bert Samuels, told The Gleaner that he is elated with the court’s decision today.

The men filed an application seeking to go to Jamaica’s final court after their appeal was rejected in April.

The dancehall artiste, whose real name is Adidja Palmer, and co-accused Shawn ‘Shawn Storm’ Campbell,  Kahira Jones, and Andre St John were convicted in 2014 for the 2011 murder of Clive ‘Lizard’ Williams.

They were handed mandatory life sentences.

The Court of Appeal in April shaved off over two and a half years off the times.