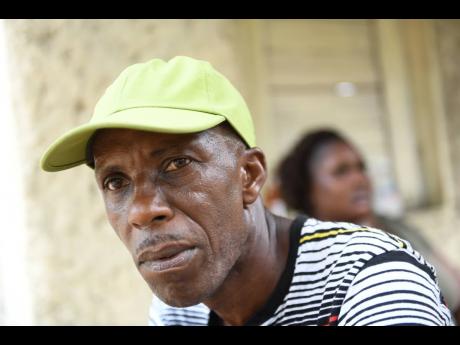 (Jamaica Gleaner) – GEORGE WILLIAMS used a gut-wrenching application to the High Court to pour out his soul about the nearly five decades he has spent in an infested maximum-security prison awaiting trial and to make a desperate plea to win his freedom.

“I don’t want to die like Noel Chambers before my matter returns to court,” Williams pleaded in an emergency application that will be heard today by a judge in the St Catherine Circuit Court.

Chambers, 81, died on January 27 this year after spending the last 40 years in the Jamaican prison system awaiting trial for murder, a report by the Independent Commission of Investigations (INDECOM) has revealed.

The late Rastafarian was incarcerated at the governor general’s pleasure in February 1980 after he was deemed unfit to plead to a charge of murder. He was subsequently declared fit to plead, but the case never made it back to court.

Chambers’ body “showed evidence of chronic emaciation” and was covered with bedsores, vermin bites, and live bedbugs, the report said.

Williams is one of seven mentally ill men identified in the INDECOM report who have each spent at least 40 years in prison awaiting trial.

In an affidavit to the court, a copy of which was obtained by The Gleaner, the 71-year-old, who is incarcerated at the St Catherine Adult Correctional Centre, opened up about the emotional anguish caused by countless broken promises that he would be taken to court “soon”. He also cited seeing the backs of numerous convicted killers who entered the institution after him.

Williams was arrested and charged with killing another man during a violent attack on a family that was driving through his St Catherine community of Mount Rosser in July 1970, but the then 20-year-old was declared unfit to plead, according to his attorney, Isat Buchanan, and a family member.

Williams, in his affidavit, claimed that he has not received constant psychiatric treatment during his incarceration, but said several times – the last being February 22 this year – he was declared fit to plead and told he would soon face the court.

“I feel so good, but every time I was disappointed until I learnt that my fate may be to die in here before I ever see a courthouse again,” he said.

The elderly man charged that he has been placed in cells with convicted killers and recounted personally meeting Earl Pratt, the inmate who escaped the death penalty three times before he was freed in 2007 at the age of 48 based on a landmark ruling by the United Kingdom Privy Council.

“I witnessed, in my 49 years in custody, all types of death-row prisoners being released from prison whilst I sit here hoping for my day in court. I pray I will get to see inside of a courthouse before my dying day.”

The septuagenarian disclosed, too, that over the last couple of years, “insects would feed on my body both day and night”.

Up to late yesterday, chief prosecutor Paula Llewellyn said it was too early to indicate whether her office would oppose Williams’ application.

Llewellyn, the director of public prosecutions, indicated that she had not seen a copy of the case file or the medical report, but said the length of his incarceration is “heavily persuasive in respect of us not pursuing the prosecution”.

“But we would not say that at this time until we have seen all of the information that is relevant … ,” she said.

“All parties must try to expedite these cases, but we can’t take any shortcuts.”

News of Williams’ possible release stoked excitement for his younger sibling, Aldrin Jones, who plans to be in the courtroom for today’s hearing.

“My expectation [going to court today] is that he will be released to me. That’s what I’m prepared for,” Jones told The Gleaner on Tuesday.

Seeing his brother freed, Jones said, would mark the end of a long and frustrating journey.

He recounted, as an example, back in 2003 when he had to personally care for his older sibling while they were both incarcerated at the St Catherine prison. Jones was convicted for wounding with intent.

It was at that time, he said, that one of the attempts to free Williams was made with the help of an attorney. “The Spanish Town court office said at the time they had no trace of the case,” he said, explaining why that effort was unsuccessful.

The following year, Jones said he learnt that he was going to be transferred to the Richmond Farm prison in St Mary, and pleaded with the prison authorities to give him a “likkle more time [at St Catherine Adult Correctional Centre] ‘til me see the back a me bredda a go through the gate”.

That request was denied, he said.

According to Jones, the last attempt to win his brother’s freedom was contemplated last year, but abandoned because the family could not reach an agreement with the attorney they were seeking to retain.

Jones, who was six years old when the alleged crime was committed, said he could not recall details of the incident that landed his brother in prison.

According to Jones, his brother, the second of eight children for their mother, was born without any mental challenges, but migrated at an early age to Trench Town, St Andrew.

“He came back insane. The things that he would do you could tell that something was not right,” he said.