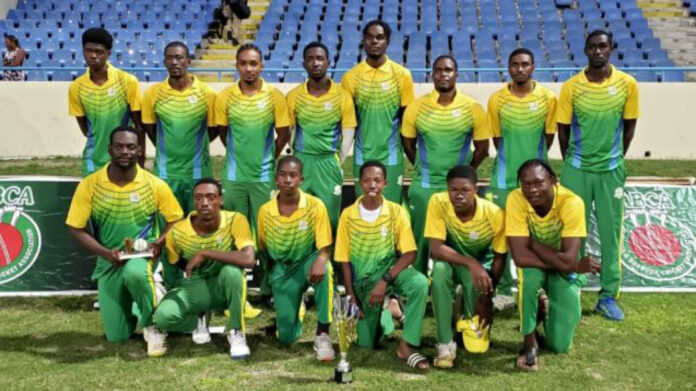 Head Coach of the Antigua and Barbuda Cricket Association (ABCA) 10 Splash champions Ian Tittle had nothing but praise for his team, Empire Nation, after they walked away with the title on Friday night.

The champions defeated Pigotts Crushers by five runs over the weekend at the Sir Vivian Richards Cricket Stadium.

After winning the toss, the victors chose to bat first, posting a score of 71 for five in their 10 overs on Friday night.

Jauri Edwards was the leading batsman for Empire Nation with 30 runs, consisting of three fours and one six.

Tittle says it was a good feeling to finally get over the hump as they would have been in a number of finals last year but just couldn’t finish the job.

“It’s a good feeling because of the championship and the way how the players played in the whole tournament. The way I see it, we didn’t do badly but in certain parts of the game we can improve on that.

“It means a lot because over the years we have been close and close to winning a championship. Like last year, we ended up in about three finals and we lost, so, this year is an improvement from last year. We just need to continue improving and see what happens and I know for the community of Grays Farm that is very important to win something for down here,” Tittle said.

He says they will now look forward as they begin preparations for the Two-day Cricket tournament.

Meanwhile, President of the ABCA Leon ‘Kuma’ Rodney was a bit tight-lipped when asked about why the third-place match was abandoned.

Initially, Rodney shared that a statement would be issued by the executive but when speaking days later on the Good Morning JoJo Sports show, Rodney declined to speak on the matter.

There have been reports surfacing that there was some kind of discrepancy between the All-Saints Pythons and Liberta Blackhawks but Rodney neither confirmed or denied those reports.

“We would already spoken to our streaming partners over in India and we are satisfied that we would have explained to them and the clubs as well.

“It’s not a matter of not deserving an explanation, it’s always good to have information, but at the same time … sometimes it’s just not prudent to put certain things in the media and that’s just how I feel about it,” Rodney explained.