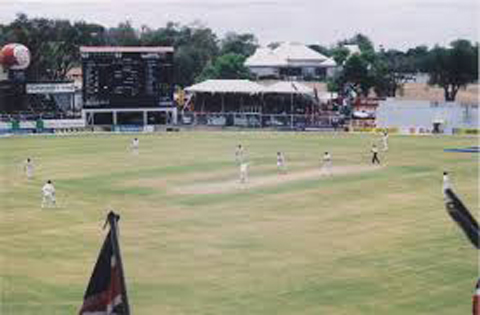 When the first ball was bowled at Antigua Recreation Grounds’ (ARG) first cricket Test match in 1981 versus England, Chairman of the ARG Development Committee, Patrick “Pat-White” White says “it was icing on the cake” for him following a long stint of doubts from the public.

This, White says, was the highlight of that era as the ARG or the Rec, as it was affectionately called, became the 52nd Test venue in the world.

“Well I tell you what, I use to double-up as third umpire so I didn’t have much time to pay attention to what was being said otherwise [in the stands]. All the activity the day before, and up to late the night, [with] everybody preparing and so on was enough for me. The first ball being bowled was just the icing on the cake,” he said while speaking on the Good Morning JoJo Sports Show last Friday.

He said he always confident that the historic grounds would have been refurbished in time for the country’s first cricket Test, but according to White, despite his confidence, there were many including government officials who were not so optimistic.

“We were always on top of things in terms of what we were suppose to get done. A few government departments pulled their weight and moved quickly and did everything possible so that we got the materials, the paperwork and what not in time.

“To be quite honest with you, some of the government ministers were scared. They were worried and I won’t call any names, but some of them were even afraid to come into the grounds during the day so they came in the night when nobody was around. There was a feeling that it wouldn’t be [finished]. It wasn’t Colin Croft alone who felt it was not a worthwhile exercise. There were people locally who felt it was touch-and-go, but once the weather held fair, and what we had to do was laid out, it was just a matter of sticking to the schedule and the weather held, and we were able to get through everything in time.”

White, who took over the mantle as Chairman from Sir Reginald Samuel, also reflected on the motivation of his staff, comprised mostly of volunteers and a small contingent from Roberts Construction. He spoke of the pride they all felt when seeing the locals sitting in the stands watching them work. He however jokingly fussed over the packed vehicles in the grounds which “slowed down the work.”

The last international cricket match at the ARG was played in 2009 following an emergency swap with the Sir Vivian Richards Cricket Stadium which was deemed unfit at the time. The grounds has seen a number of historic moments such as the 400 runs world record by Brian Lara, and the 56-ball century in 1986, a record that would stand for 30 years, by the Master Blaster, Sir Vivian Richards himself.