‘We were having fun’

Witnesses described how the festive evening turned into a bloodbath.
“We were having fun. At first we thought it was a fight, then there was a lot of gunfire,” witness Yunus Turk told CNN.
“After the gunfire everyone started to run toward the terrace. We ran as well. There was someone next to me who was shot and fell on the floor. We ran away and hid under the sofas.”
Another witness said he didn’t know how many attackers there were, but he saw one person and hid.
“I got shot in the f****** leg, man,” he told journalists as he was taken into an ambulance. “These crazy people came in shooting everything.” 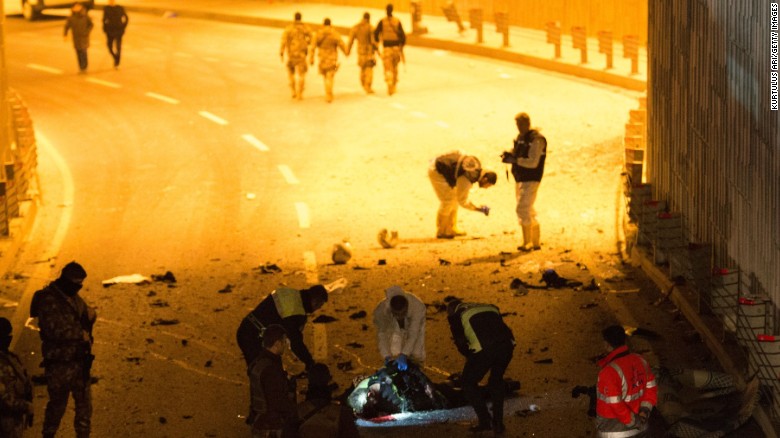 Why are attacks so frequent in Turkey? 02:13
On Sunday, the club issued a statement on its Facebook page.
“This terrible incident is a terror attack against our citizens’ peace, brotherhood, serenity, economy, tourism and against our nation,” the statement read.
“Our hearts bleed and the bullets are in our heart.”

Both ISIS and Kurdish militants have staged attacks in Turkey, which is still reeling from a bloody and failed military coup in July.
- Advertisement -