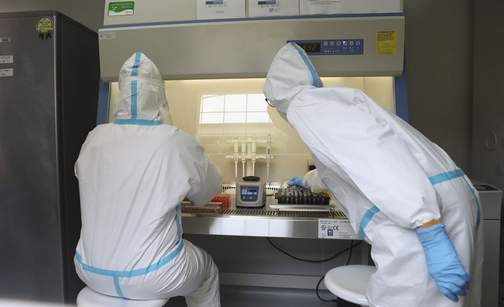 (AP) — The chief scientist at the World Health Organization says the agency hopes there will be about two billion doses of a vaccine against COVID-19 by the end of next year that would be reserved for “priority populations”.

Dr Soumya Swaminathan told a press briefing: “It’s a big if because we don’t have any vaccine that’s proven.”

She said that because of the numerous vaccine candidates currently being tested, WHO hoped at least some might prove ready for use next year.

Swaminathan said that WHO recommends immunising people at risk first, including the elderly and those with underlying conditions like diabetes or respiratory disease, as well as key workers.

But Swaminathan noted that there was still no strategy regarding any possible global distribution of COVID-19 vaccines. “WHO will propose these solutions,” she said. “Countries need to agree and come to a consensus. That’s the only way this can work.”

Numerous developed countries including Britain, France, the Netherlands, Germany and the US have already struck deals with pharmaceuticals to secure vaccine supplies for their citizens first.

WHO and partners have called for drugmakers to suspend their patent rights on any effective COVID-19 vaccine and for billions of dollars to buy vaccines for developing countries.