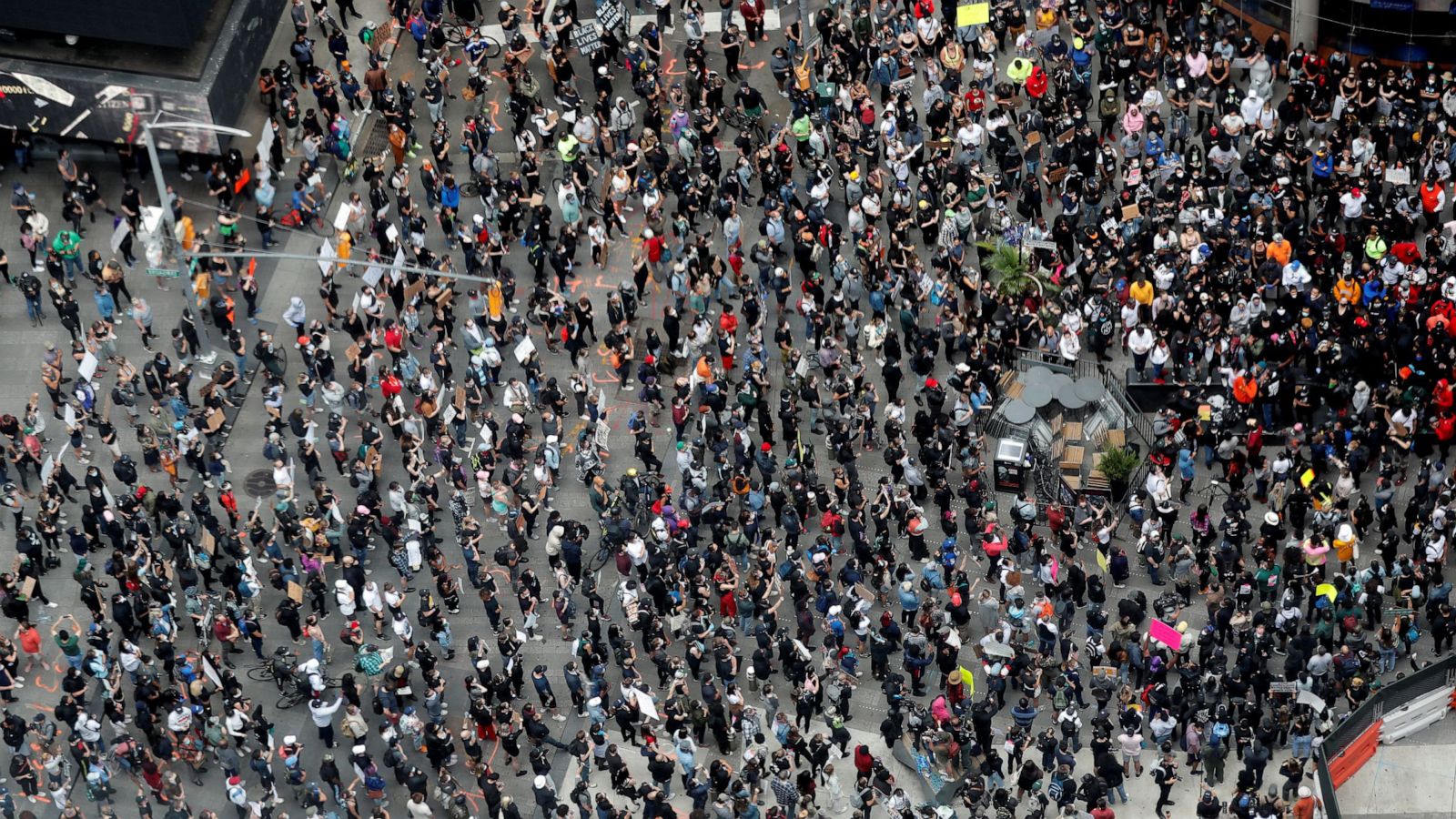 (abcnews) – More than 21,000 people were diagnosed with COVID-19 across the United States on Monday, according to a count kept by Johns Hopkins University.

The new cases were identified in all 50 states as well as Washington, D.C. and U.S. territories.

By May 20, all states had begun lifting stay-at-home orders and other restrictions put in place to curb the spread of the novel coronavirus.

The slight uptick in infections come as mass protests take place from coast to coast in the wake of the death of George Floyd, an unarmed black man who died on May 25 in Minneapolis shortly after a white police officer was filmed kneeling on his neck for nearly nine minutes as three other officers stood by.

The Minneapolis Police Department has since fired all four officers, and the one seen pinning Floyd down, Derek Chauvin, has been charged with third-degree murder and manslaughter. However, protesters are calling for the three other officers to be charged and are decrying the overall treatment of black Americans by police.

The number of people who have taken to the streets in the days since Floyd’s death has been in the thousands, although many have been seen wearing face masks.