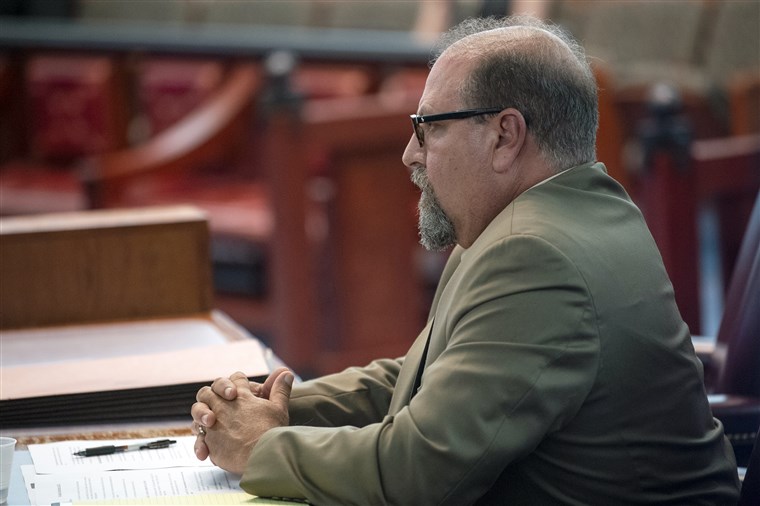 A New Jersey judge who asked an alleged rape victim if she “closed her legs” to prevent her attacker from assaulting her has been removed from office.

In his decision, Chief Justice Stuart J. Rabner said Russo made “repeated and serious acts of misconduct” while he was a judge and outlined at least four such incidents, the most egregious being Russo’s questioning of a woman seeking a restraining order against a man she said raped her.

During the 2016 case, Russo asked the woman, “Do you know how to stop somebody from having intercourse with you?” and then proceeded to ask her about ways she could prevent such an attack.

She supplied some answers like “tell them to stop,” and Russo continued to urge: “What else?”

“Block your body parts?” he said. “Close your legs? Call the police? Did you do any of those things?”

An advisory panel for the court said Russo’s comments were “unwarranted, discourteous and inappropriate,” and “had the clear potential to re-victimize the plaintiff.”

Russo said that he was not trying to humiliate the woman and instead was trying to help a “demoralized” witness on cross-examination and “get her re-engaged in the hearing.” His lawyer, Amelia Carolla, told a state disciplinary committee in July that her client was “remorseful.”

Carolla did not respond to NBC News’ requests for comment.

“Respondent’s explanation does not square with the record,” Rabner wrote. “Judges set the tone for a courtroom. Especially when it comes to sensitive matters like domestic violence and sexual assault, that tone must be dignified, solemn, and respectful, not demeaning or sophomoric.”

Other alleged misconducts outlined in the document include Russo allegedly using his authority to manipulate a court scheduling in his favor during a guardianship trial involving his son.

In a separate incident involving money owed for child support, Russo allegedly told the courtroom that he had known the defendant since high school and then reduced the defendant’s amount from $10,000 to $300.

Russo made his decision “based solely on uncorroborated financial information supplied by the defendant,” the document states.

The document further alleges that outside of a crowded courtroom he threatened a mother in a paternity case “with financial penalties and a loss of credibility with the court” after she said she was scared to disclose her address.