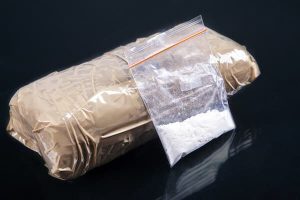 The four constables were intercepted before boarding their connecting flight to Florida.

The four, among them a wife and husband, were detained by the Department of Homeland Security and were later transferred to Mecklenburg County Jail, where they were placed in federal custody awaiting trial.

Reliable sources told the Jamaica Observer that the four had called in sick and used the opportunity to travel overseas.

When the Observer contacted the Mecklenburg Sheriff Department the paper was advised that one of the policemen is currently in federal holding, and details of his case will have to be revealed through the US Marshals Office since it is a federal case. However, it was emphasised that all their paperwork would be at the federal level until they appear in court, which is normally 24 hours after they are booked.

Eight kilogrammes of cocaine has a street value of approximately US$68,000 or J$9.5 million.

According to US federal sentencing guidelines, someone convicted of a first offence of trafficking 500 to 4,999 grams of powdered cocaine faces between five and 40 years in prison, as well as fines of up to US$5 million.