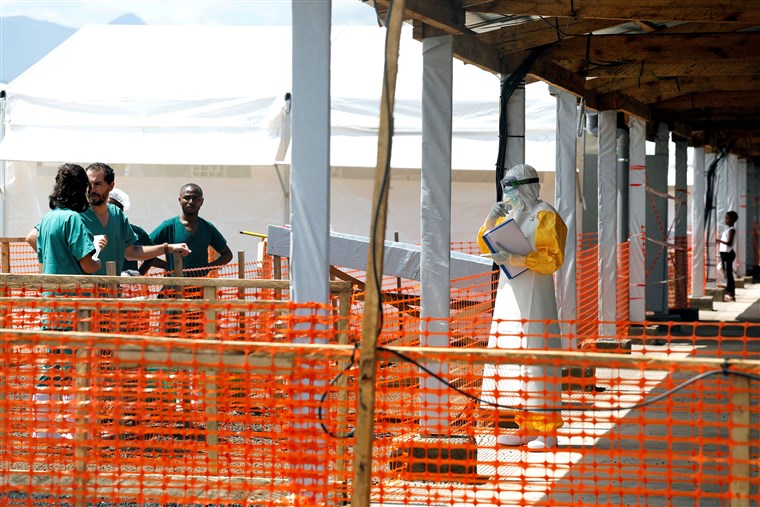 (nbcnews) – Yet another health crisis for a country already battling COVID-19 and the world’s largest measles outbreak.

Health officials have confirmed a second Ebola outbreak in Congo, the head of the World Health Organization said Monday, adding yet another health crisis for a country already battling COVID-19 and the world’s largest measles outbreak.

Congo also has yet to declare an official end to Ebola in its troubled east, where at least 2,243 people have died since an epidemic began there in August 2018.

“The country is also in final phase of battling Ebola in eastern DRC, COVID19 & the world’s largest measles outbreak,” he tweeted.

He continued, “As we work with governments across the

to suppress the virus and accelerate science around diagnostics, therapeutics and vaccines, we also continue to respond to other health emergencies and new disease outbreaks”

“The Government of the #DRC announced today that a new outbreak of #Ebola virus disease has been detected near the city of Mbandaka in Équateur province”, Tedros said.

This marks the second time Ebola has hit Equateur province in as many years: A 2018 outbreak there killed 33 people before the disease was brought under control in a matter of months.

The last known patient in Congo’s eastern outbreak was released in mid-May but the country now must go about another month without any new cases before an official end to the outbreak can be declared.

Congo also has confirmed 611 cases of COVID-19, including 20 deaths, and the number is rising, according to figures released Monday by the Africa Centers for Disease Control and Prevention. However, like many African countries Congo has conducted extremely limited testing, and observers fear the true toll may be far higher.