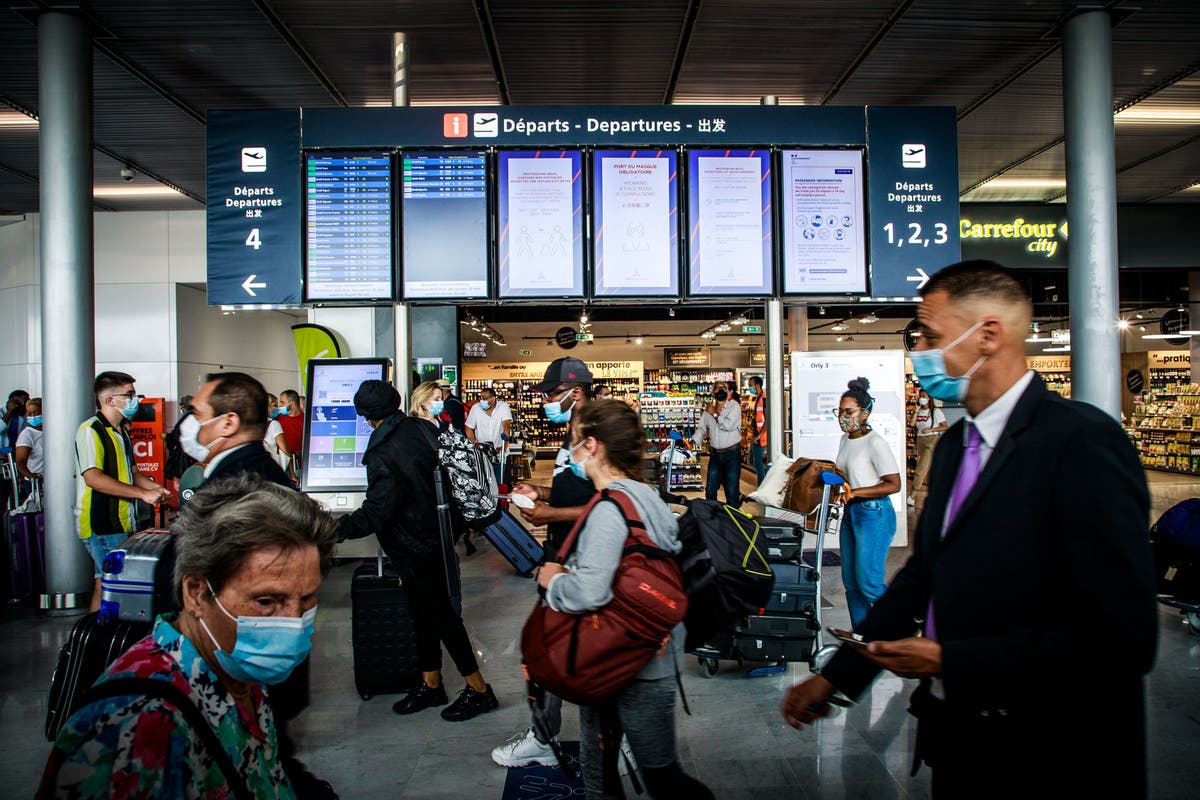 (The New York Times) – The European Union is ready to bar most travelers from the United States, Russia, and dozens of other countries considered too risky because they have not controlled the coronavirus outbreak, E.U. officials said Friday.

By contrast, travelers from more than a dozen countries that are not overwhelmed by the coronavirus are set to be welcomed when the bloc reopens after months of lockdown on July 1. The acceptable countries also include China — but only if China allows European Union travelers to visit as well, the officials said.

The list of safe countries was completed by E.U. senior diplomats in Brussels after tortuous negotiations on how to reopen the 27-member bloc to commerce and tourism under a common set of standards after months of lockdown.

The list was backed in principle by most E.U. ambassadors and does not require unanimous support, but still needs to be formalized in member states’ capitals as well as in the central European Union bureaucracy before taking effect July 1. Diplomats did not expect the list to change.

E.U. officials first disclosed on Tuesday that the United States, which has reported more coronavirus deaths and infections than any other country, was highly unlikely to make the final list.

The exclusion of the United States, an important source of tourism to the European Union, represented a stinging rebuke to the Trump administration’s management of the coronavirus scourge.

Countries that made the safe list, which include Canada and Australia, were judged on a mix of scientific criteria that included their infection rates and the credibility of their public health reporting data. The list will be updated every two weeks, raising the possibility that excluded countries will be added.

The officials who revealed the contents of the final list spoke on condition of anonymity ahead of its official release next week.E.U. May Bar American Travelers as It Reopens Borders, Citing Failures on VirusJune 23, 2020

Deciding how to carefully open up travel to outsiders and restart the economy without worsening an already precarious health situation in Europe has been contentious, with senior officials meeting for hours at least six times in the past few weeks.

European Union officials tried to base their decision on scientific criteria, in part to depoliticize the process and shield themselves from diplomatic pressures. But it’s proven to be difficult, and officials said the United States and other nations had been lobbying intensely to get on the safe list.

The United States, which banned most European Union travelers in March when the virus was raging in Europe, has not eased its own restrictions since then, even though European infections and deaths have dropped.

Secretary of State Mike Pompeo, asked on Thursday about the prospect of a prolonged ban on American travel to Europe, struck a conciliatory tone, but said that many European countries were eager to admit American visitors.

“We’ve heard from a dozen or more countries that have very different views about their willingness to open up their borders to anyone, not only folks from the United States of America,” he said.

Although travel between the United States and Europe has been severely limited by lockdown restrictions, exceptions have been made. A regular flight between Newark and Amsterdam, for example, is limited to essential travelers such as diplomats and health care professionals, and for repatriating Europeans from the United States.

Creation of a common list of outsiders who can enter the European Union is part of an effort by the bloc to fully reopen internal borders among its 27 member states. Free travel and trade among members — a core principle akin to the freedom of movement within the United States — has been badly disrupted.

Since the outbreak, the bloc has succumbed to piecemeal national policies that have produced an incoherent patchwork of open and closed borders.

While the new list is not legally binding, member states that open up to excluded countries face the risk that their E.U. partners will close their borders to them — reinforcing the disjointed response to the pandemic that the bloc has been striving to overcome.

Several European Union countries, particularly those in the south that benefit from American tourism, had pushed to make the common list dependent on both scientific and economic criteria. Seven million Americans visited Europe between June and August last year, according to U.S. government data.

Greece, for example, depends on tourism for one-fifth of its economy. In the scramble to salvage part of the summer tourism season, Greece has ignored the European Union’s current recommended ban, permitting visitors and committing resources to testing and quarantining them upon arrival.

The complexity of this approach became clear in early June, when a flight from Doha, Qatar, to Athens with 91 passengers aboard included 12 who tested positive for the virus. All were quarantined, and all flights from Doha were suspended.

Like Greece, countries such as Spain, Cyprus, Italy and Portugal see a broad list of acceptable visitors as critical for tourist income. They have prepared health screenings of arriving foreigners in order to accept the risk of infection more confidently. Both Spain and Greece currently allow a small number of visitors from outside the European Union.

For other European Union countries, the risks of that approach outweigh the benefits.

The Netherlands, a key transfer point for goods from the rest of the world to Europe, sees open internal European Union borders as essential to its economy, and so has been reluctant to encourage a liberal reopening to outsiders if the price is shuttered internal borders because of health concerns.

The conundrum is in some ways similar to a decision this week by New York, New Jersey and Connecticut to impose mandatory quarantines on travelers from other states where the virus is flaring, like Florida and Texas.

The competing demands within the European Union have highlighted the difficulties in restoring the global network of leisure and business travel that was virtually shut down by the pandemic.

The criteria for the list, which will be revisited every two weeks to add countries that are doing much better or remove those that have worsened, has been a major challenge for European Union diplomats.

The full list finalized on Friday includes Algeria, Australia, Canada, Georgia, Japan, Montenegro, Morocco, New Zealand, Rwanda, Serbia, South Korea, Thailand, Tunisia, Uruguay, Andorra, San Marino, Monaco and the Vatican. China will be included if it also opens its borders to European Union travelers, as reciprocal reopening is one of the criteria used to make the final selection for the safe list.

Britain, despite having left the E.U., is still being considered part of the bloc until year’s end, and so was not part of the discussion over outside visitors.

A detailed guide of criteria shared among diplomats and reviewed this week by The New York Times said that the list should include only countries with a “comparable or better epidemiological situation as the average in the E.U.+ area,” and that the data from those countries must be credible and demonstrate a robust system for containing the virus.

The term “E.U.+” refers to the European Union plus Norway, Iceland, Switzerland and Lichtenstein, which do not belong to the E.U. but are normally part of its open-borders zone.

Criteria for exceptions to the safe list were also detailed in the guide, adding flexibility. Those included health workers, diplomats, humanitarian workers, transit passengers, asylum seekers and students, as well as “passengers traveling for imperative family reasons” and foreign workers whose employment in Europe is deemed essential.