A number of injuries to members of the Antigua & Barbuda track team has resulted in them pulling out of the IAAF 4×100m relay in the World Athletics Championships being held in England.
Carl Casey, head coach, spoke to OBSERVER media yesterday to explain to the general public the dilemma that the nation’s athletes are facing in London.
“Cejhae Greene was in the semi finals for the men’s 100 meters, but he sustained an injury. We have been trying to work on it for the last couple days but he has not been responding. We tried everything. Chavaughn Walsh was in the quarter finals but he didn’t compete because he had a groin injury.
“We were at the track on Monday and we had a freak accident with Richard Richardson. He fell and sustained a wound on his shin and had to get five or six stitches. I just think it is the right thing to do to let the public know because I don’t want what happened in Rio to occur again. After all we don’t represent ourselves,” Casey explained.
He added that the team only traveled with five members instead of the usual six or seven. He said he was not sure why this was the case and did not want to speculate. He expressed his frustration and disappointment with the situation but said that this is the nature of sports and injuries are unavoidable.
The coach said he relayed the status of the team to the President of the Antigua & Barbuda Athletics Association, Everton Cornelius, and was assured that it was his decision as the coach to pull the team if he sees fit.
Casey explained that the athletes were very disappointed and were insisting on taking part in the 4×100 relay despite their injuries. He said he had to protect them even from themselves and insist that they discontinue in the competition.
Cejhae Greene is set to return to Georgia for training, Tahir Walsh to New York, Daniel Bailey to Jamaica, and the rest of the team will return to Antigua on Monday. 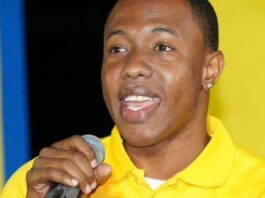 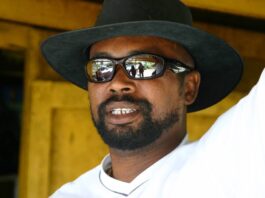 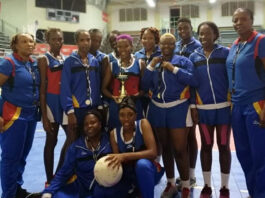