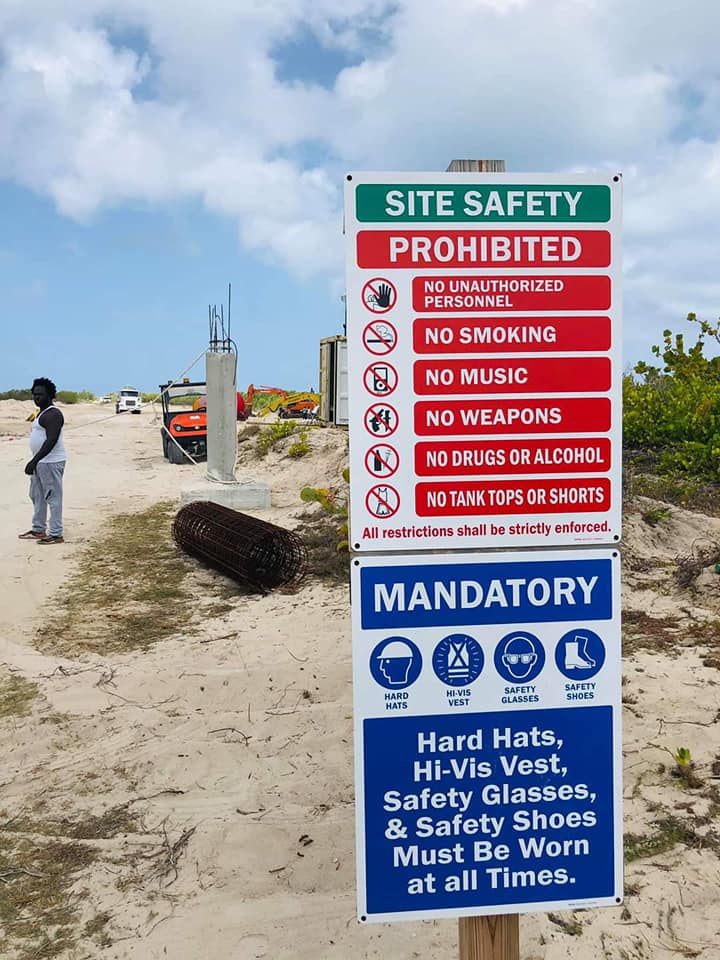 Developers behind the Peace, Love and Happiness (PLH) project on Barbuda have been granted court permission to resume work at their golf course site in Palmetto Point.

It is the latest development in an ongoing dispute between the Barbuda Council and the international developers.

The Council filed an application for an injunction after the Development Control Authority (DCA) – on recommendation of the Department of Environment (DoE) – refused to issue a stop order, even after discovering violations that the developer had carried out in the protected area and after being prevented from entering the property as they believe is their legal right as local government.

On October 12020, the Eastern Caribbean Supreme Court (ECSC) granted an injunction against PLH preventing it from continuing construction activities in the area where the government agencies said it had destroyed sand dunes and historic vegetation, putting critical wetlands at risk.

The developer was only allowed to continue remedial work for the violations recorded in August 2020.

The injunction was extended on October 13 pending a final decision. That decision was finally settled on January 20 by the Honourable Justice Robertson who ordered that the injunction be lifted and work resume.

After reading the applications filed, hearing counsels and reading submissions by both counsels for the claimant and defendant, the judge ordered that the interim order that restrained PLH from developing on the Palmetto Point project be “removed”.

Furthermore, the judge made an order preventing the Barbuda Council or any of its agents from entering the developer’s properties.

“An interim injunction is granted to the claimant to restrain the defendant, its servants and/or agents from entering upon the lands demised to the applicant under a lease dated the 22nd day of February 2017, which leasehold property is known as Low Bay and Pink Sands, Palmetto Point, Barbuda, and from carrying out there on commercial sand mining operations pending the determination of the substantive claim in this matter or until further ordered,” the judgement read.

Council members and some of their agents on various occasions were arrested trying to gain entry into the developers’ property where they believed PLH was carrying out unlawful work.

The Barbuda Council has also been asked to pay PLH costs accumulated during the proceedings.

According to the judgement, “The application of the defendant for injunctive relief against the claimant is dismissed with costs payable to the claimant.”

Justice Robertson also struck out the Council’s chances to submit a re-amended defence and counter claim.

The US$2 billion PLH development includes a marina, luxury villas and a golf course among other amenities.

Observer was unable to reach the Barbuda Council for comment on the court’s judgement.