Newly-elected Vice President of the West Indies Junior Chamber International (JCI), Tammie Gage, revealed that it was a surreal moment for her when the news broke that she had won the seat.

Gage, who is the JCI Antigua Advisor, and Chairperson of Membership Recognition, while speaking to this newsroom yesterday, revealed that the campaign was a long and strenuous process but she is elated that it all paid off.

“It was a bit nerve-racking knowing that you are seeking the vote of all the other JCI West Indies chapters. I was very happy and grateful that they have enough confidence in me to elect me as their vice president,” Gage said.

Gage has been a member of JCI for nine years serving in various roles.

She thanked all those who played a part in her latest success.

“I had a very strong support team. I had the entire executive body for this year, I am very grateful for them. My mother has also been very supportive as well. The board of advisors for this year, all of them, have been with me throughout these last two weeks. Preparing me for all the interviews, and I am very grateful to Senator Govia, and I am looking forward for their continued support next year and beyond,” she added.

News that Gage was named the VP for 2022 broke on the final day of the recently concluded JCI Regional Convention.

Antigua and Barbuda had to step up and host the event virtually, taking over from Dominica as they were unable to host due to Covid-19 restrictions.

The JCI Antigua will host the 2023 convention.

The weeklong event that commenced on Sunday 10 October, concluded on Saturday 16 October.

JCI Antigua President Leycia Samuels earned several individual awards as well, as she was named the most innovative, most hardworking, most empathetic, most respectful and most understanding.

“I feel very accomplished. I feel grateful to my membership, they really took on my vision. The theme for this was ‘Creating a Sustainable Future through Dynamic Leadership’ and what these awards say to me is that my members took this on, and even against all of the odds of Covid-19, the protocols, it’s been an interesting year. Partnerships and sponsorships are not the same. We had to get very innovative and creative with our projects. A president wants his or her legacy to be [that the body] developed future leaders, and I feel like we handled that this year, and we did so successfully, and I feel like we have developed leaders who are dynamic and resourceful and can handle anything that comes their way, and that is the goal of JCI,” Samuels said.

Samuels also spoke on the accomplishment of one of her members, Tammie Gage.

“I felt great. I felt like no one is more deserving than her. I actually played an intimate role in her campaign, because as local president, you are naturally the campaign manager. I am very proud that they saw what we see in her and how hard working she is, and how far she is looking to take the body in the West Indies. I know she is capable and competent and I am happy and elated for her,” Samuels added.

She revealed that today the Rise to Lead Webinar project, an award-winning effort, will host a discussion via Zoom with Clinical Psychologist Jo-Nelle Walsh, Psychiatric Nurse Cavell Morris, and Melleiu Technician Richie Richards, under the theme, “The Stigma Attached to Mental Institutions.”

Zoom details are on the JCI Antigua-Jaycees Facebook page. 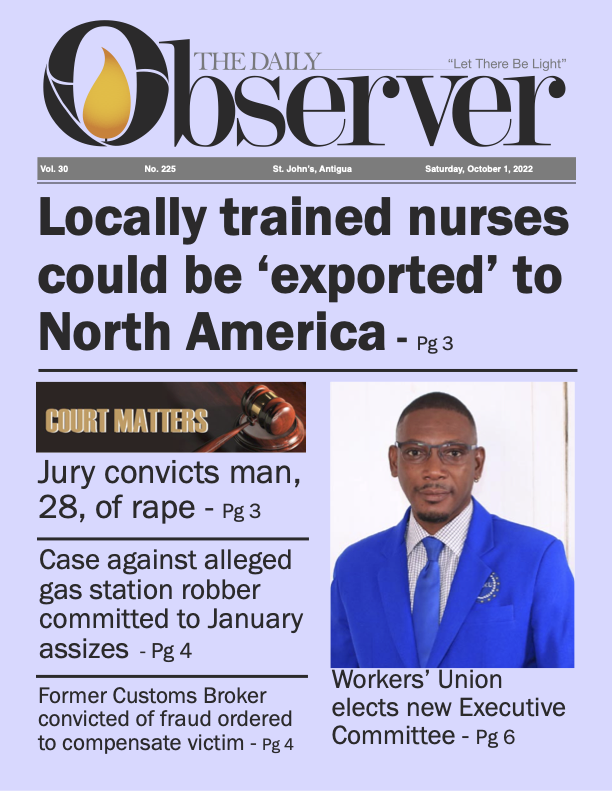