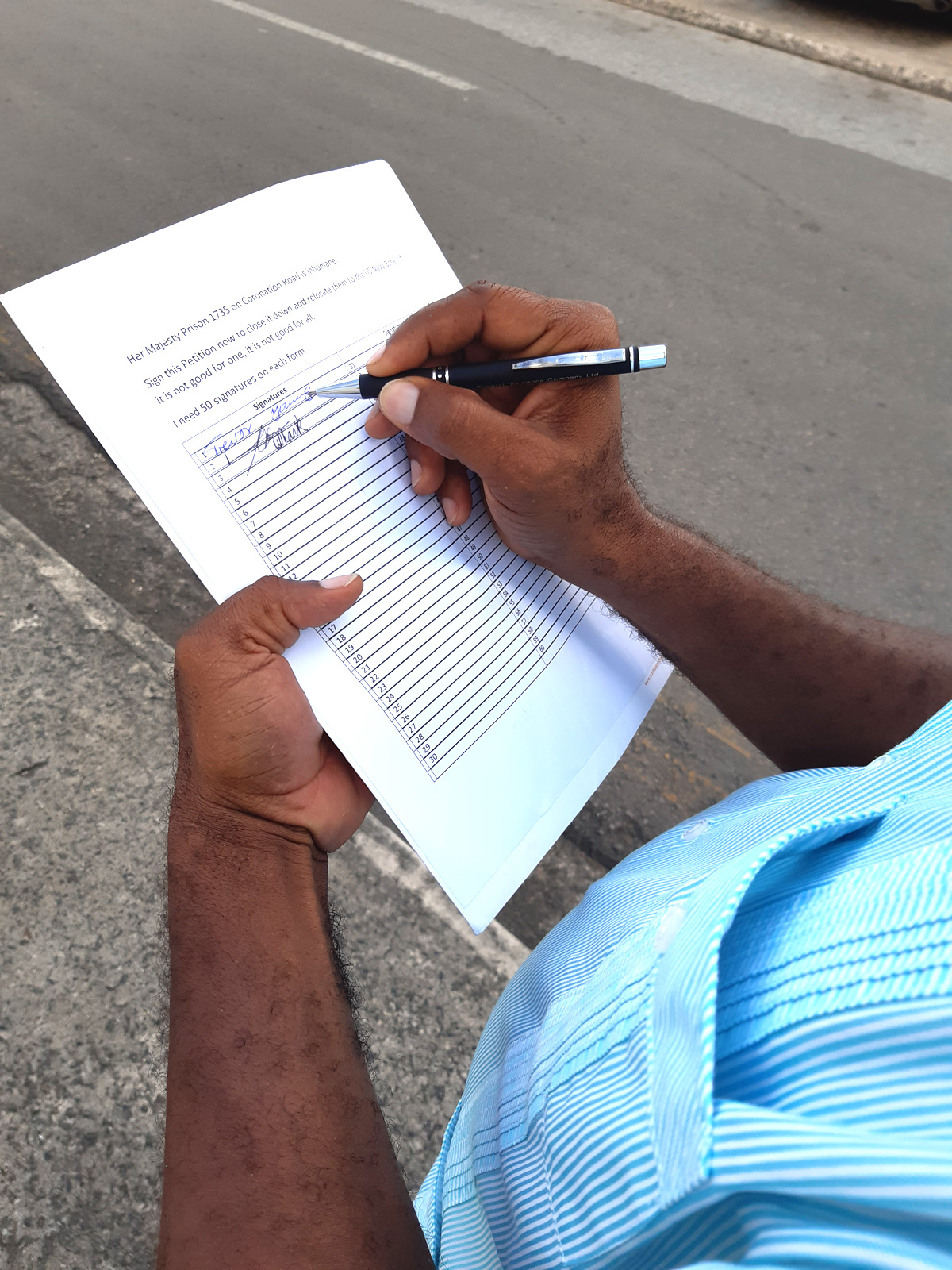 Local activist Jessica Thompson has hand delivered a petition to high ranking officials with signatures from more than 900 people decrying conditions at the national prison – and demanding its operations be relocated from Coronation Road in St John’s.

The petition was launched nearly one year ago, on November 7 2019, to pressure the government to shut down operations at the penal institution and have it relocated to the former Pan Am Base premises in Coolidge, on the grounds that the living conditions at HMP — informally called ‘1735’ in tribute to the year it was built — are inhumane and have been that way for decades.

By November 8 2019 Thompson had already obtained 480 signatures – a promising start to get the attention of government officials.

However, in the coming months, she could only muster an additional 423 signatures to bring the total to 903, which she submitted yesterday, August 31.

The petition was also launched online and garnered 268 signatures before it was reported to Facebook which at the time had blocked the content from being viewed by others.

“I am really disappointed because for the amount of people in prison, I expected the count to be higher,” a dejected Thompson told Observer.

Dubbed the ‘prison activist’, Thompson, as before, said she plans to continue protesting in the next two weeks with hopes that her actions will one day cause positive change in the country’s penal system.

The former inmate continues to advocate for a new state prison, retraining of prison officers, healthier food and an extension of visitation to at least twice monthly.

She told Observer that a copy of the letter had also been forwarded to international organisations including the United Nation’s Children Fund (UNCF) and the United Nations Educational, Scientific and Cultural Organisation (UNESCO) for their intervention.

However, to date there has been no word from either of these organisations.

In December 2019, hopes were high when the Public Safety Minister, Benjamin, again promised that a new prison would be built this year.

That promise, like the many others made before it, was not fulfilled. Instead, the authorities are erecting containerised houses on the prison compound to reduce the overcrowding which has led to widespread health issues among inmates.

Minister Benjamin told Observer last night he had not yet received a copy of the petition.