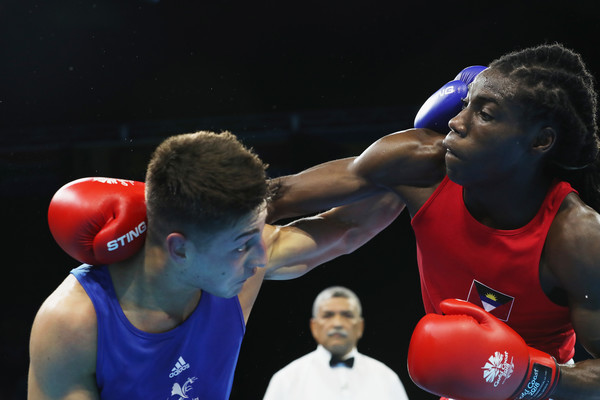 The success of young Antiguan boxer, Alston Ryan, could be the motivating factor needed to propel the sport further and motivate other aspiring athletes here in Antigua.
This is the belief of former World Jr Middleweight boxing champion Morris Hope, who is also Ryan’s boxing coach in England.

According to the former International champion, Ryan’s bronze medal at the Pan American Games held in Lima, in 2019 was a huge achievement for the twin-island state.

“We’ve come a long way and this will help boxing a hell of a lot and I hope we will continue to prosper all the time and that Ryan will be an example to give those others inspiration down there. It is also a bit of history because we have never won any medals at the Pan Am Games, not in boxing anyway,” he said.

Hope said the aim is to adequately prepare the fighter in hopes he will qualify for the postponed 2020 Tokyo Olympic Games now slated for 2021.

“The gyms are only just open now in England because everybody has been dormant so he is training but the main thing is the Olympics which is supposed to be next year so he is training for that and we are keeping our fingers crossed that it does happen because it’s still up in the air.

“In the meanwhile he will be getting some warm-up fights here in England to keep him going and hope that next year we can get him to go to the Olympics,” he said.

Ryan’s medal came in the Light Welterweight division despite his semi-final loss to Cuban Andy Cruz. Both fighters were awarded bronze medals by virtue of making it to the semifinal bout.