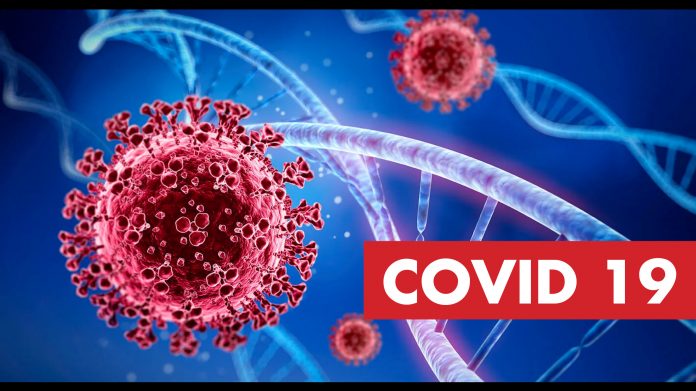 Forty-seven-year-old Dean Archibald was preparing to welcome his newborn son into the world this November and was planning on naming him ‘Atonerie’- meaning the ‘unique one in life’.

However, due to a tragic turn of events, he is now preparing to bury his wife who died early Monday morning due to Covid-related complications.

The couple’s unborn baby also died hours before she was rushed to the Sir Lester Bird Medical Centre for a second time over the weekend.

Abbawiina Browne-Archibald, 40, is among almost 30 people to die from the virus this month – the deadliest since the start of the pandemic.

The grieving husband said he is deeply saddened by the loss of his lifetime partner. He also said the hardest part of this ordeal was when he had to relay the devastating news to her loved ones back in Guyana.

“It was very, very hard to have the conversation with the family to tell them what happened this morning [Monday] because her mother has a heart problem. To give them that message was very hard,” Archibald told Observer.

He also described the family’s sole breadwinner as a beautiful person who had a good heart.

“She was a very beautiful woman. She had a kind heart and was very free spirited. She was very straightforward and told you exactly what she had on her mind,” he said.

Archibald explained that his wife had been in and out of hospital due to her history of high-risk pregnancies. She was reportedly admitted to the hospital’s maternity ward due to those complications and was transferred to the Intensive Care Unit after her condition worsened.

At this time, it is still unclear as to when she received her positive Covid diagnosis. There are also conflicting reports as to the circumstances surrounding her death.

Archibald said he requested to have his wife discharged into his custody after they both disagreed with hospital authorities that she should be placed on a ventilator as her health worsened.

While he was able to take his wife home for a few hours, she had to be rushed back via ambulance after complaining of severe pains to the chest.

Meanwhile, a nurse who provided care for the deceased explained that due to the woman’s health a ventilator would have given her a fighting chance.

The nurse spoke through tears as she told Observer that events like these place her and her colleagues in emotional turmoil. She said there are many misconceptions about the best way to treat Covid, making a very difficult situation far worse.