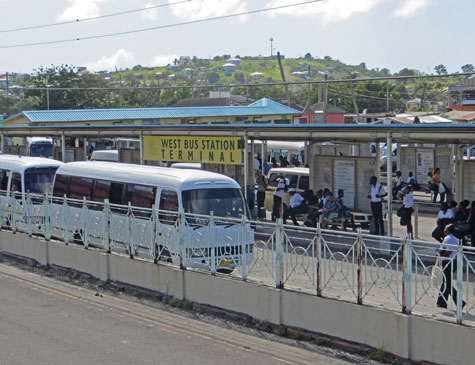 Martin says authorities should revisit the decision – which she claims she was not privy to – if they are serious about enforcing safety measures.

A letter dated June 24 from the Central Board of Health told bus drivers they could resume normal practices once passengers wear a face mask. The information was later published in the government’s official Gazette.

The issue was raised by media at last week’s post-Cabinet press conference after it appeared that some relevant parties had been left out of the decision-making process.

Indeed, when the question was posed to Information Minister Melford Nicholas, he admitted that something had gone wrong with the lines of communication.

Meanwhile, president of the Antigua and Barbuda Bus Association, Keithroy Black, says that while some operators have resumed full capacity, others are still limiting passenger numbers to facilitate social distancing.