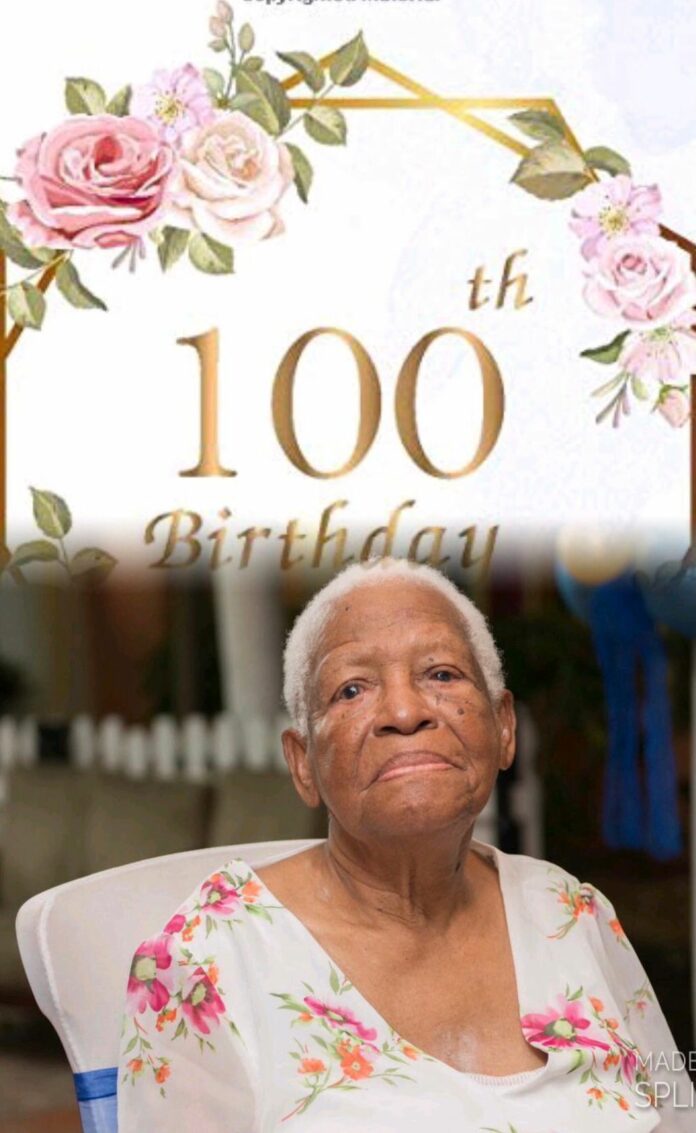 Ruth Adelaide Lewis was born to Antiguan parents on 28th October, 1921 in the Commonwealth of Dominica. Her deceased parents were Lilian Anthony Christopher and Joseph Christophe, natives of Antigua from Old Road and Cedar Grove respectively.

In 1928 at the age of 7 years, her parents along with her two younger brothers, Marcus and Uriah “Senna” Christopher, returned to Antigua and thereafter, Mrs Lewis remained and lived here for the past 93 years.

On their arrival, instead of going to Cedar Grove where her dad originated, they stayed in St John’s in the Point /Villa Area where she attended the Point School and achieved her 7th Standard Certificate.

The family was staunchly Methodist, bur Mrs Lewis as a teenager was somehow attached to the Salvation Army meetings in the area, and she subsequently gave her heart to the Lord and became a Salvationist.

At age 24, she travelled to the Salvation Army Training Garrison in Jamaica. On completion of her training, she was posted to Trinidad where she was in active service for some years before returning to Antigua. She continued being active in her Corps.

She later married Alfred Lewis who was then a government employee, and who later became the bandmaster of the Salvation Army Band. Together, they had 7 children.

They both dedicated their lives to God and service in the Army.

Ruth Lewis took on a cashier’s job at Mercer Ross Store, but soon gave that up to assist her brother Marcus Christopher, a buzzing entrepreneur in his business, Christopher’s Trading Agency. She later worked as a cashier at John F Shoul, where she developed a lovely relationship and became well-loved and respected by the Shoul family.

Ruth Lewis was quite active in the ministry of the church, teaching Sunday School, visiting the sick and shut-in, and reaching out in every possible way to others.

She was a renowned and respected Girl Guide Leader of the Salvation Army Girl Guide Patrol for over 20 years. During her tenure, many of the Guides became members of the coveted Duke of Edinburgh Award Programme and became awardees.

Even with 7 children, Ms Ruth Lewis opened her home to other children. The now Major Molvie James-Graham one of her girl guides became a member of her household. Mrs Lewis groomed her for the Salvation Army Training College which she attended, and finally retired from, after 44 years of active ministry.

Mrs Lewis loved travelling, and during her active years, travelled to just about every Caribbean island, as well as London, the USA and Canada.

We join with her loving family in celebrating yet another milestone. May God continue to bless her with more happy birthdays.