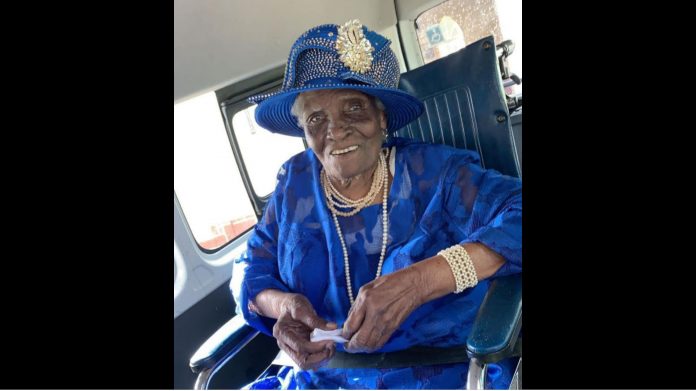 Mary Letang, known to all as “Baby,” was born on November 9, 1919, to Annie Joseph and Wilmott Brown, in the hills of Lamberton, Bendals.

Mary lost her mother at a tender age, and never knew her.

She was raised and cared for by her aunt, who taught her to work hard at an early age and to be independent.

In her adult years, she became the mother of seven children, four of whom are now decreased. She was married once.

Mary has worked hard all her life. In fact, up to four years ago, she was still at her counter attending to her customers.

Her children tell of her meting out tough love and discipline to them, but never failing to provide for them, even when it meant that she would go without food.

She has a sharp memory, and is quite in touch with all that is going on around her.

Mary Letang…. A phenomenal woman! May God ever bless her!