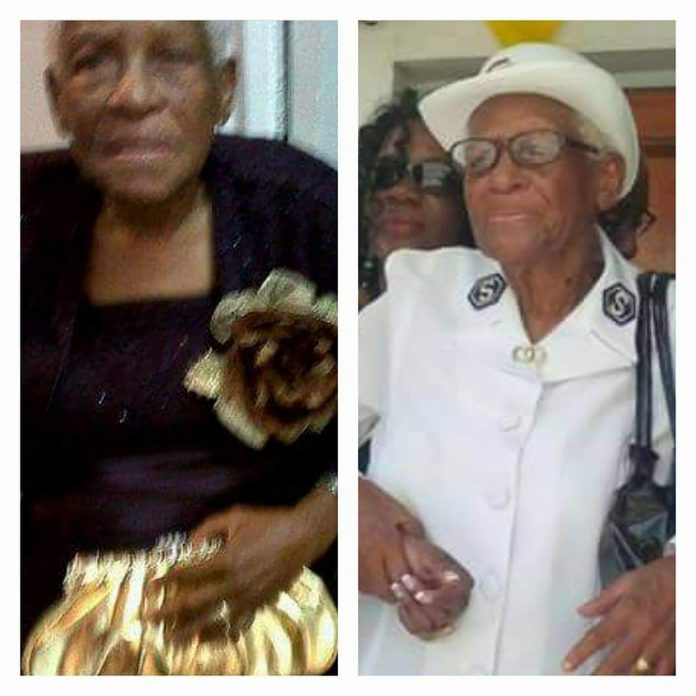 Happy birthday to Mrs Ruth Adelaide Lewis, who was born in Dominica on October 28, 1921 to Antiguan parents Lilian Anthony Christopher and Joseph Christopher.

She, along with her parents and two younger brothers, Marcus and Uriah “Senna” Christopher, returned to Antigua in 1928 and settled in the area of Point and Villa. She attended the Point School and achieved her 7th Standard Certificate.

Although the family were staunch Methodists, Mrs Lewis became attached to the Salvation Army meetings while she was a teenager, and she subsequently gave her heart to the Lord and became a Salvationist.

At age 24, she travelled to the Salvation Army Training Garrison in Jamaica, and on completion posted to active service in Trinidad for a number of years before returning to Antigua.

She later married Alfred Lewis, a government employee who later became Bandmaster of the Salvation Army Band. They had seven children, and they both dedicated their lives to God and service to the Army.

Mrs Lewis was a renowned and respected Girl Guide Leader of the Salvation Army Girl Guides Patrol for many years. She also opened her home to other children, one of whom is Major Molvie James-Graham, one of her Girl Guides.

She also loved travelling and has visited just about every country in the Caribbean, Canada, USA and London, England.