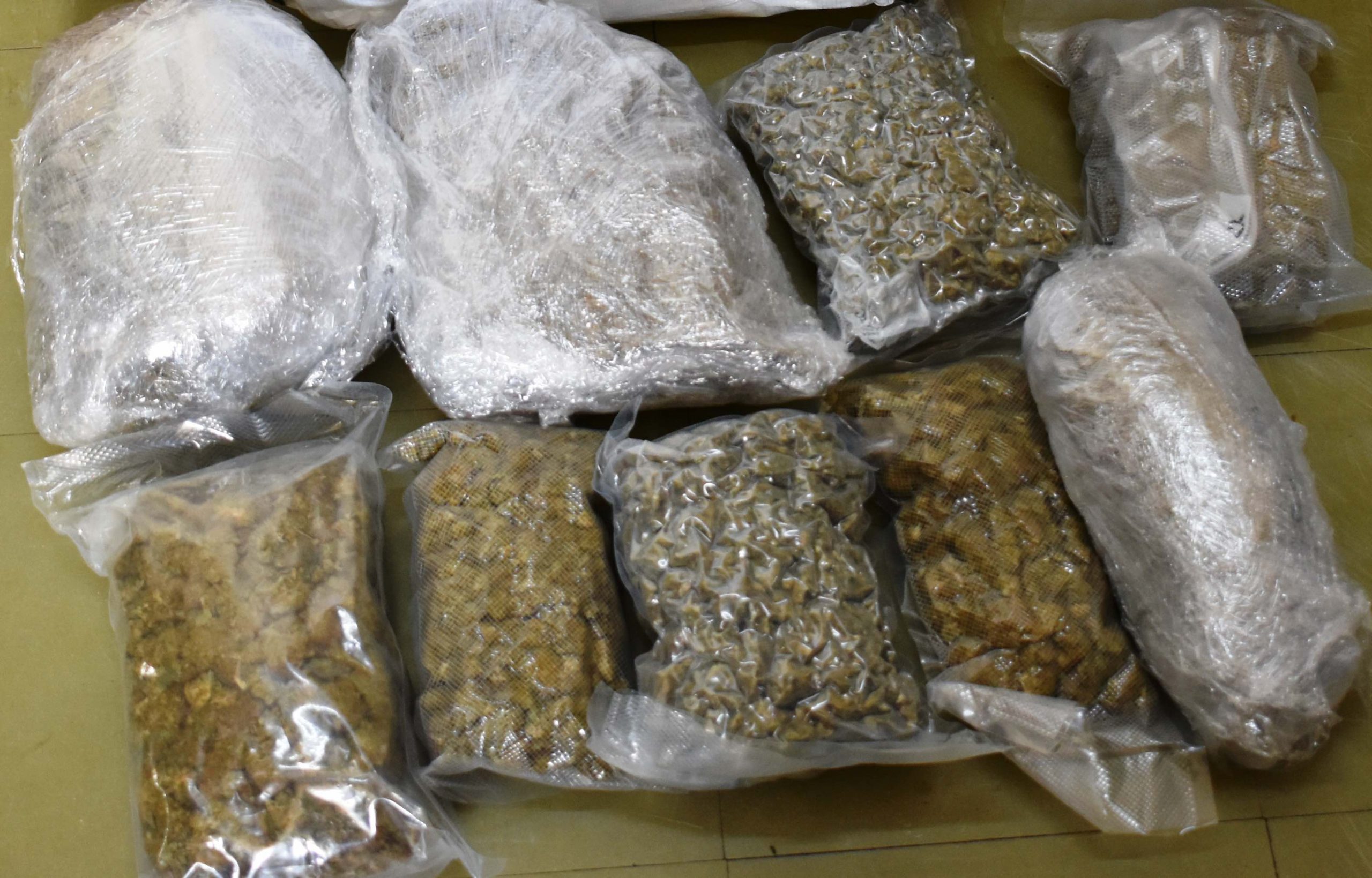 More than half a million dollars’ worth of cannabis was discovered hidden among food items at Deep Water Harbour.

Tuesday’s seizure is the second major drugs find at the St John’s port in a month.

The cannabis weighed 54.25 pounds and has an estimated street value of $542,500. It was intercepted during a joint operation between the Narcotics, K-9 and Customs departments. The items were taken to police headquarters, where investigations are ongoing.

It comes four weeks after just over 40 pounds of cannabis were found concealed in a shipment of household appliances from Canada. A man is currently being held on remand in relation to the June 17 incident.