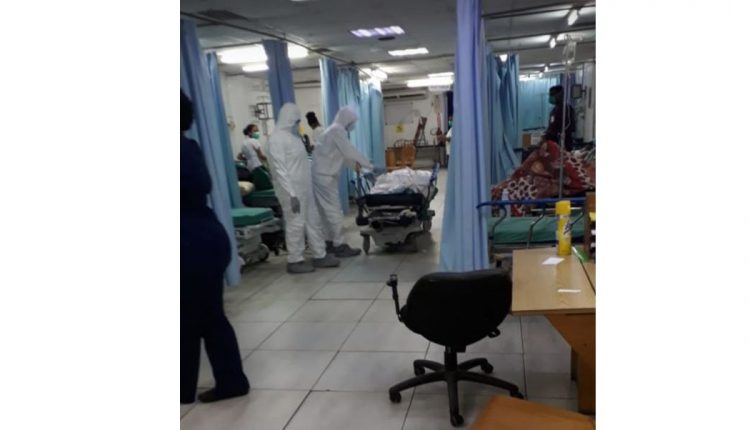 (newsroom.gy) – Guyana recorded its first COVID-19 case and death on March 11, 2020, and while other countries have done well to flatten the curve, the situation here is worsening.

Five months after the first death, the total number of deaths had risen to 35 by the end of August, representing the beginning of a steady increase in deaths and positive cases.

One month earlier, by the end of July, the total number of deaths had risen to 20.

But with several days in September still to go, the death toll has jumped to 71, a figure that is double the 35 deaths recorded at the end of August.

This shows that within the space of a month, Guyana recorded the same amount of COVID – 19 related deaths it recorded over the first five months of the disease being detected here.

Medical professionals and ordinary citizens believe this rapid increase in the death toll is an indication that the COVID-19 situation in Guyana is worsening with fresh calls for the Government and citizens alike to do more stem the spread of the deadly disease.

Information released by the Ministry of Health on September 23, stated that the latest fatalities are a 70 -year-old female from Region 4 who died while receiving care at a medical facility and a 66-year-old woman from Region 1.

The Government, while it continues to talk about the measures it has put in place to fight the disease and support citizens has had little to say about the rapid increase in cases and associated deaths.

Information and statistics on the locations where the persons died, the communities they belong to, and their underlying medical conditions have been scarce.

There are 14 persons in the COVID-19 ICU and 988 active cases in isolation – 828 who are in home isolation and 160 persons in institutional isolation.

There are also 67 persons in institutional quarantine and thus far a total of 1,464 persons have recovered.

Minister Anthony had said plans are in train to purchase the drug Remdesivir to treat critically ill patients, with sums allocated for drug purchases in the 2020 Budget.

Remdesivir is an anti-viral drug administered by Intravenous (IV) Therapy to COVID-19 patients suffering from severe symptoms.  It is known as a nucleoside analogue, which means that it mimics a component of viral Ribonucleic acid (RNA) that the virus needs to replicate itself.

But even with a worsening of the situation here, countries close to Guyana have recorded far more devastating figures in COVID-19 cases and deaths.