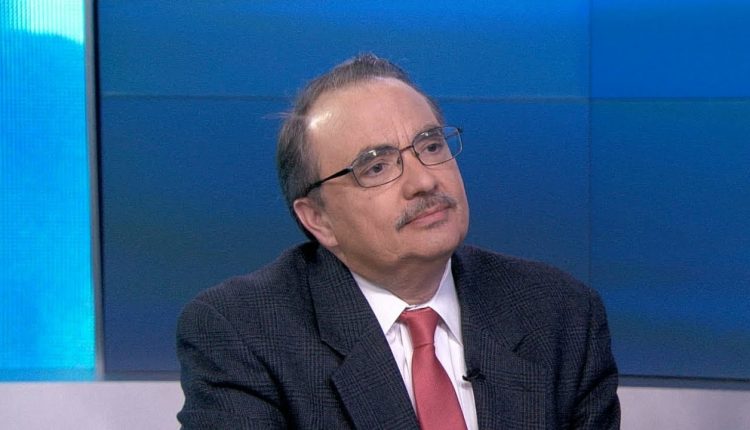 (newsroom.gy) – A former top U.S State Department official has warned the incumbent David Granger Government that Washington has measures/sanctions it can impose on anyone who seeks to thwart the will of the Guyanese people and swear in a President who was undemocratically elected.

Mr José R. Cárdenas, who has 30 years of experience in the Washington political process and inter-American relations, told Guyanese reporters Saturday that these sanctions include the revocation of visas and the freezing of Guyana’s oil money which currently sits in United States Federal Reserve.

Mr Cárdenas said it was “erroneous for others to think or say that the U.S has no authority to impose sanctions” as he referenced the sanctions imposed on Guyana’s neighbour, Venezuela.

“The use of sanctions frankly are a disincentive for people who have malign interests and I think claiming that an individual, for example, Georgetown involved in the elections who may have bad intentions can do so with impunity is dangerous and it’s reckless.

“So anybody in Georgetown who is thinking of either diverting the outcome of the election, the will of the Guyanese people as has been manifested in not only the March 2 election but in the recount – which has been pretty clear from all press reports and…most of the international organisations, including CARICOM -have basically concluded that the recount shows that the Opposition won the elections.

“And if there’s somebody that tried to thwart the will of the Guyanese people in that respect, Washington absolutely has measures it can impose on that individual that relates to their ability to…have a bank account in the United States or otherwise do banking in their private lives that touch the U.S economic system. That person also can lose their ability to travel to the United States. Their visa could be revoked,” Mr Cárdenas emphasised.

He further noted that if there is a larger conspiracy afoot to thwart the will of the people in Guyana, then the U.S has options.

“And if it’s decided to be a larger conspiracy and I’m just speculating here – but it’s important to understand what the options are in the United States for all concerned – is that if there is determined to be a Government-wide conspiracy to thwart the will of the Guyanese people, absolutely the U.S can put in place sectoral sanctions which would, of course, threaten the oil patrimony that Guyana now possesses.”

It has been 117 days now since Guyanese went to the polls and to date no winner has been declared.

The recently-concluded national 35-day recount and certification of all votes was embarked upon after Returning Officer of Guyana’s largest voting district – Region 4 – Clairmont Mingo inflated the numbers to the give the Coalition a victory at the polls.

The recount proved that Mingo subtracted 3000+ PPP votes and added 19,000+ votes for the coalition.

But the recount, which was supervised by a high-level three-member CARICOM team, proved that the PPP won the elections by more than 15,000 votes.

Local and international observers, including the Private Sector Commission (PSC), the Organisation of American States (OAS), the Commonwealth, and the ABCE foreign powers have urged acceptance of the recount results.

Mr Cárdenas, who has served in senior positions in the U.S. Department of State, the National Security Council, and the U.S. Agency for International Development, explained that the U.S will first seek to consult with international organisations before imposing sanctions.

“Should the process in Guyana break down and you have an unwillingness of one of the parties in the election to concede and this uncertainty continues, there is going to be discussion in Washington and in consort with the OAS and CARICOM. That does happen because I’ve been on the inside. There will be consultations with the ABCE countries about how best the international community can help bring the situation to a successful end.”

He added, “There will be talk of individual sanctions against people who are seen to be obstructing a successful conclusion but if things go so bad in Guyana…heaven forbid maybe you start to see some manifestations in the street about the impasse and the inability for the country to move on, then I think the international stakeholders will take a look to see what else can be done to help the Guyanese people.”

He made it clear that these stakeholders will use Guyana’s oil as leverage, referring to U.S oil major ExxonMobil which is operating in Guyana’s largest oil block.

The freezing of the oil money is a worst-case scenario and will only be done based on the outcome of Guyana’s elections, Mr Cárdenas explained.

“There is a possibility that the current Government could attempt to sever its relationship with ExxonMobil and bring in another company that works around the U.S financial system…it’s not easy, it is expensive. So you will have to find a partner who is willing to bear the excessive cost of doing business outside the U.S economic banking financial system.”

Mr Cárdenas, who also served as a Senior Advisor to the Secretary-General of the Organization of American States and as a Senior Professional Staff Member of U.S. Senate Foreign Relations Committee, pointed to Venezuela and the economic crisis there.

“I am sure ExxonMobil is watching this with extreme concern about what the political impasse can have on their development in partnership with the Guyanese Government of the oil patrimony of Guyana.”

He noted that if Guyana’s elections crisis continues without end, “then you have to understand…all options are on the table.”

The recount from the elections show the Opposition People’s Progressive Party winning the elections by 15,416 votes but these figures are not being accepted by the incumbent coalition who has alleged that dead people and persons residing overseas voted.

The coalition has not provided any evidence to support its claims. The Guyana Elections Commission is restrained from declaring the winner as the matter is now engaging the attention of Guyana’s final appellate court – the Caribbean Court of Justice (CCJ).