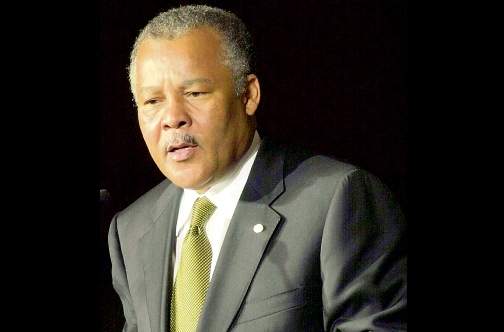 (newsroom.gy) – The results procured from the recently-concluded national recount of votes is “incontrovertible” and must be the basis for a declaration of the winner of the March 2 General and Regional Elections.

This is the belief of Head of the Elections Observer Mission (EOM) of The Commonwealth to Guyana, and former Prime Minister of Barbados, Owen Arthur.

Arthur shared this view during an interview on Kaieteur Radio on Friday.

“The declaration has to be made on the basis of the recount. If there were irregularities, that have to be the subject of a petition,” said Arthur, who has 34 years of political experience under his belt.

He stressed that the recount result is “incontrovertible” and must, therefore, be respected by all parties.

The Organisation of American States (OAS) which also fielded an EOM to Guyana has also said that the recount results are credible enough to form the basis of an official declaration of the winner.

The recount shows the PPP winning the elections by more than 15,000 votes. A declaration is expected to be made by Chairman of GECOM, Justice (rt’d) Claudette Singh.

However, the incumbent APNU+AFC has mounted a series of unsubstantiated and unproven allegations of electoral fraud, and as such, wants the elections voided.

The former Barbadian PM maintained, however, that these allegations must be taken to the courts.

Article 163 of Guyana’s Constitution states that: “…the High Court shall have exclusive jurisdiction to determine any question – (b) whether (1) either generally or in any particular place, an election has been lawfully conducted or the result thereof has been or may have been, affected by any unlawful act or omission”.

Asked what would happen if the APNU+AFC refuses to accept a declaration of the results of the recount, Arthur said that he does not believe that is possible.

“I find it almost impossible for them [APNU+AFC] to feel that that can be done. It would be tantamount to a coup. It would be unusual and would have implication for the future of Guyana,” he opined.

Arthur, who is the longest-serving PM of Barbados and an internationally respected politician warned, against Guyana portraying itself as a “pariah state” to the international community.

“Guyana cannot benefit from portraying itself as a pariah state and there are consequences that would ensue. You can get suspended or expelled from the Commonwealth,” he said.

The Guyana Elections Commission (GECOM) benefitted from technical expertise for elections preparations from the Commonwealth. As such, Arthur said that the 53-member bloc is aware that the election machinery is a robust one.

He also added that Guyana runs the risk of being suspended from the 15-member regional bloc – CARICOM – if it does not honour its democratic responsibilities.

“If the gov’t does not want to accept the result and wants to stay in office, CARICOM will have to make a decision on its membership. I know for sure a country can be suspended from CARICOM if it does not comply with the Civil Society Charter. It can have serious consequences,” he warned.