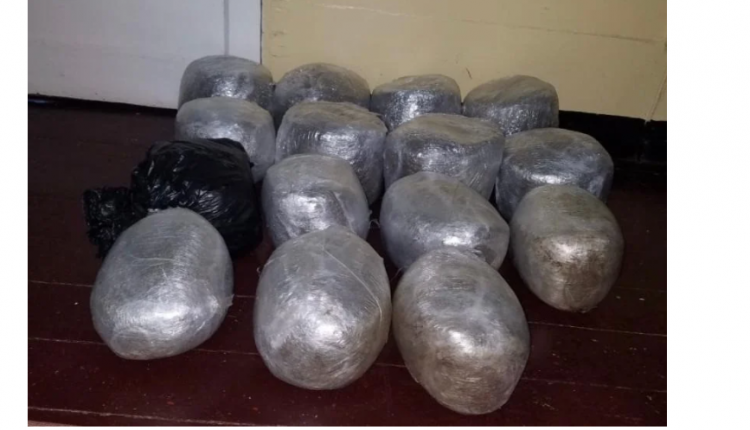 Officers of the Customs Anti-Narcotic Unit (CANU) are looking for three suspects, who made a quick dash for the bushes, when spotted carrying two rice bags of marijuana on Wednesday afternoon.

A press release from the agency noted that the ranks were in the area at Dukestown, Corentyne, Berbice following information received.

The CANU ranks came across three men who were walking along a dam, two of whom were carrying “rice bags” on their shoulders.
The men, upon spotting the officers, dropped the bags and escaped into the bushes.

When the bags were inspected, 15 parcels of cannabis, amounting to more than 80 pounds, were found.
The ganja was seized and a search was mounted for the suspects.