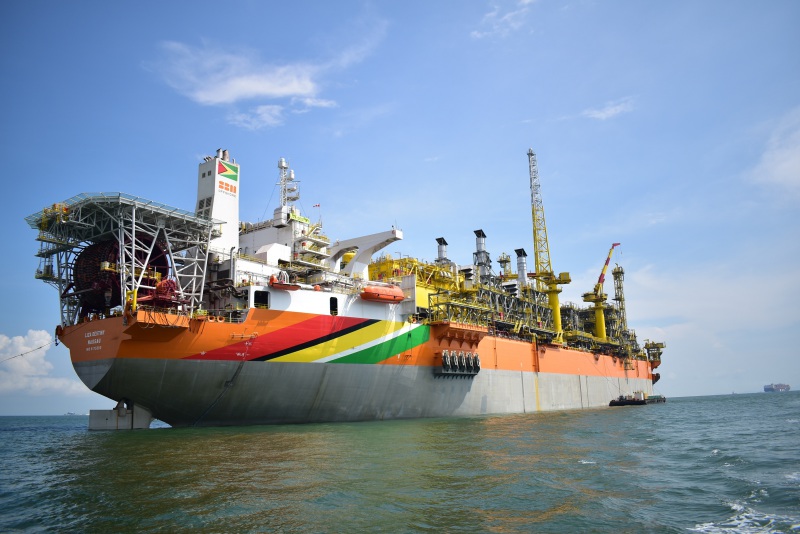 ExxonMobil Corporation on Friday announced that is has lost an estimated US$610M in the first quarter of 2020, a direct result of declining oil prices triggered by low demand for the commodity, as global economies remain on lockdown.

The energy giant, which operates offshore Guyana, said the impact of the COVID-19 pandemic has prompted its first quarterly loss in 32 years.

In the first quarter of 2019, ExxonMobil recorded a profit of US$2.35 billion.

This year, it’s losses resulted from US$2.9 billion noncash charges from market-related write-downs, the company said in a statement.

“Cash flow from operating activities was US$6.3 billion. Capital and exploration expenditures were US$7.1 billion,” ExxonMobil said.

However, it noted that “production in Guyana at the Liza Phase 1 development continues to ramp up, while the first oil shipment was successfully processed at the company’s refinery in Baytown, Texas.”

ExxonMobil and its partners began oil production on December 20, 2019, on the Liza 1 project where the company has so far made 16 successful discoveries.

“Production from the Liza Phase 1 development continues to ramp up and will reach up to 120,000 gross barrels of oil per day, utilizing the Liza Destiny Floating Production Storage And Offloading vessel (FPSO).”

While ExxonMobil said work on the Liza Destiny is not affected and start-up of the second phase of production remains on target for 2022, the company had previously noted that production from its third vessel could be delayed by six to 12 months.

As such, the goal of producing 750,000 bpd from Guyana discoveries by 2025 would be pushed back a year, ExxonMobil noted.

In response to market conditions, the US oil giant previously announced that it is reducing 2020 capital spending by 30 per cent and cash operating expenses by 15 per cent.

Despite its low earnings in the first quarter of 2020, Darren W. Woods, Chairman and Chief Executive Officer of Exxon noted that “while we manage through these challenging times, we are not losing sight of the long-term fundamentals that drive our business. Economic activity will return, and populations and standards of living will increase, which will, in turn, drive demand for our products and recovery of the industry.”

ExxonMobil said the company’s objective is to continue investing in industry-advantaged projects to create value, preserve cash for the dividend, and make appropriate use of its balance sheet.

“Our company remains strong and we will manage through the current market downturn as we have for decades,” said Woods.

“Today’s circumstances are certainly unique, but our people have the experience, our business has the scale, and we have the financial strength to see us through and emerge stronger than ever,” he added.