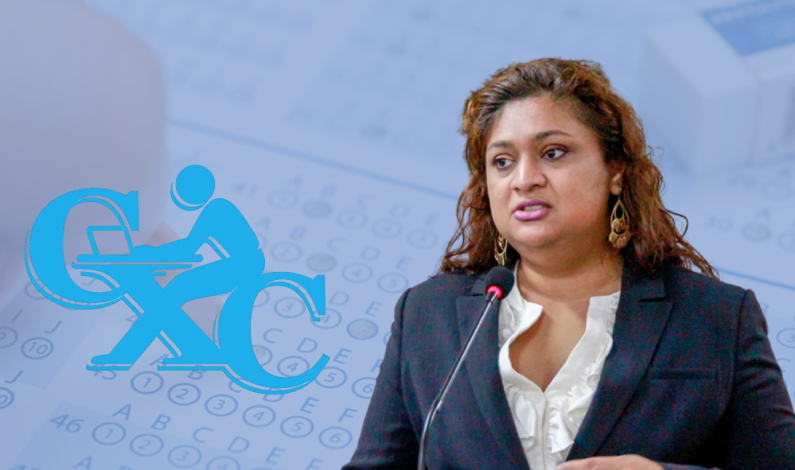 (newssourcegy.com) – Facing regional backlash over the results presented to students who wrote this year’s CSEC and CAPE examinations, the Caribbean Examination Council has agreed to begin moves to address the concerns.

Education Minister Priya Manickchand met with CXC officials this afternoon via video conference and laid out the concerns expressed by teachers, parents and students in Guyana.

Minister Manickchand said CXC has now agreed to review the papers and work of the schools pursuant to a request by the Ministry of Education.

Ms. Manickchand said the formal request will be made by Guyana and will be supported by statistics. She said the request will also lay out the reasons for Guyana’s concerns.

Additionally, the Education Minister announced that CXC has also agreed to resolve the ungraded issue by grading the papers that were already sent to them or the local registrar.

The assurances given to the Education Minister of Guyana today came hours after the CXC Registrar received pushback from across the region on his position that there would be no investigation.

Schools and Education Officials in Guyana, Barbados, Trinidad and Tobago, Jamaica and a number of other Caribbean countries have expressed concern with the CXC grades. Some schools have even threatened legal action against the regional examination body.

The Education Minister, Priya Manickchand said the problem is widespread across Guyana and cannot be dismissed.

She said the Ministry has found instances where all of the students of some schools received results that carried the ungraded remark for several subjects, although the exams were written by the students and their School-Based Assessments were submitted.

There were also instances of students receiving results that claimed that they were absent for the examinations, although they were marked and submitted as being present by local examiners and have provided proof of their presence at the examination.

Students have also complained about receiving straight A’s profiles but not a Grade One.

This year’s CXC examinations took a different format because of the closure of schools across the region owing to the coronavirus pandemic.