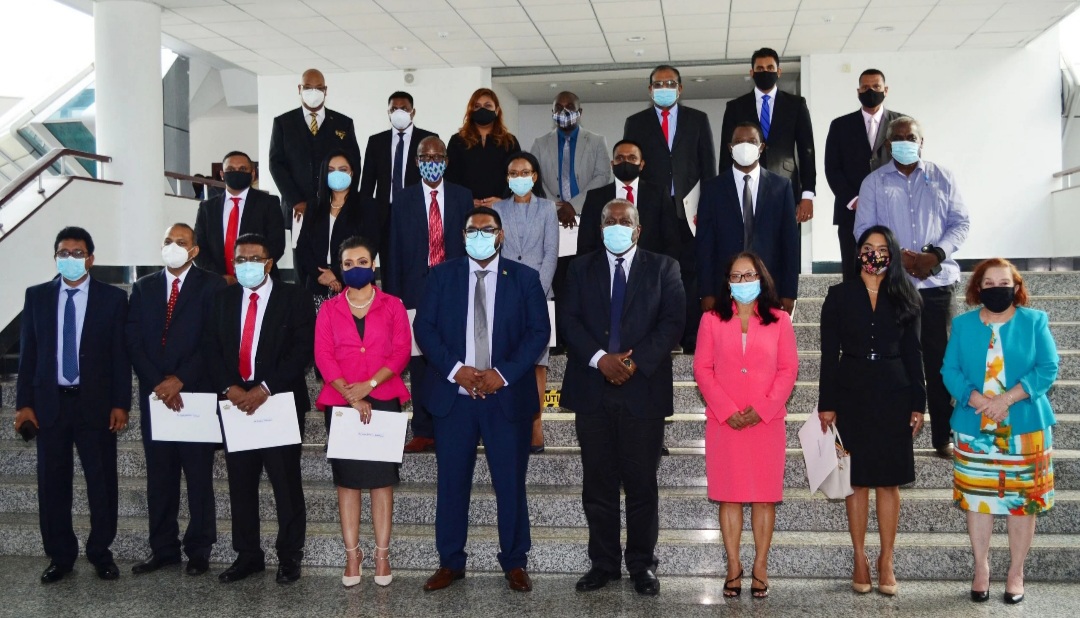 (Stabroek News) – Nineteen ministers were added to the administration of President Irfaan Ali yesterday and among them are some veterans who have served in previous PPP/C’s administrations and also quite a few new faces.

There were some notable omissions as well as surprise inclusions when the new individuals took their oaths of office at the Arthur Chung Conference Centre yesterday before a sizable crowd of their relatives and friends, PPP/C well-wishers, members of the diplomatic corps, and heads of the joint services, among others.

Veterans likes Clement Rohee, Indra Chandarpal, and Dr Jennifer Westford, who all served in previous PPP/C administrations as ministers, were not given positions and were noticeably absent from the event while those returning include Priya Manickchand, Robeson Benn, Bishop Juan Edghill, and Pauline Sukhai.