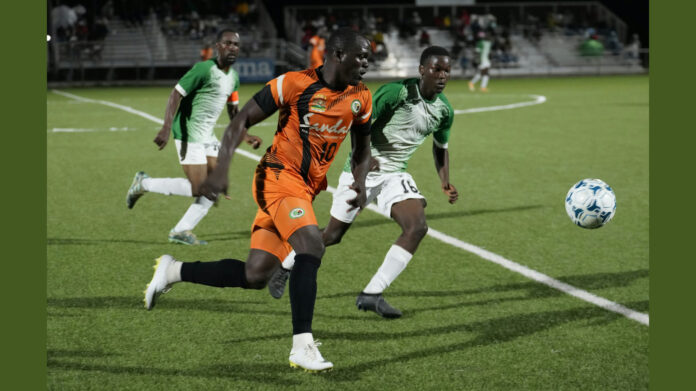 Grenades FC recorded the largest win on Sunday night in the Antigua Premier League (APL) as they trounced Empire FC 6-2 at the ABFA Technical Facility in Paynters.

Ridel Stanislaus had a hattrick for the victors, finding the back of the net in minutes 28, 60 and 82.

Empire’s Rakeem Joseph recorded a brace scoring in the seventh and 51st minutes of play.

Also joining Grenades in the winners’ circle were former champions SAP FC who defeated Five Islands FC 3-1 in the feature encounter of the triple header night.

Skipper Peter ‘Big Pete’ Byers recorded a brace for his team by scoring as early as the fifth minute and as late as the 96th minute.

An own goal from Tyrese Joseph in the 41st minute was the other goal recorded for the round south men.

Samuel Semper was the lone goal scorer for Five Islands.

Meanwhile, the game between All Saints United FC and Cedar Grove Bluejays FC was not played as the Bluejays only had four players.