The killing of mother-of-three Althea Henry – who was found dead in her home on Sunday – has ignited discussion on whether or not cases of domestic violence can be prosecuted without the testimony of the victim.

Lawmakers are exploring the possibility amid concerns that too many women fail to see such cases to fruition when they come before court.

Information Minister Melford Nicholas said existing laws will be examined, explaining that the government considers such offences as crimes against the state.

“Even in cases where the victim turns out to be a hostile witness, the state should still be able to pursue prosecution. In addition to that, we want to give the magistrate and the judiciary the opportunity, where children are involved, to put them through to the different social services and to assist the victim financially after prosecution,” Nicholas said.

The minister said often when females decide against pursuing the case, it is because the offender is the key breadwinner and it would place her in a compromising position financially.

Henry, 50, was found dead in her home on Sunday with multiple wounds to her body, while her 21-year-old son was also injured during the same incident. Linsome Boyd, 58, has since been charged with Henry’s murder and the attempted murder of Tajma Francis.

Meanwhile, the Directorate of Gender Affairs is the latest organisation to express condolences to Henry’s family.

In a statement to the media the directorate noted that gender-based violence continues to affect people in Antigua and Barbuda every day.

“Gender-based violence comes in many forms such as verbal, emotional, psychological and economic abuse. It is important for persons to recognise this, as these forms of gender-based violence can also have detrimental effects on a person’s well-being and can impede upon their ability to function effectively and to have healthy relationships with those around them,” it said.

“Additionally, these forms of gender-based violence often precede physical abuse. We encourage the general public to look out for warning signs that someone may be abusive, as this can help reduce the likelihood of the relationship escalating to a level where gender-based violence occurs,” the statement added.

The department said it continues to take a proactive approach towards raising awareness on the issue and implementing programmes and policies geared towards eradicating it.

“The Support and Referral Centre continues to serve as one of the national coordinating mechanisms to gender-based violence, and is open to provide support to individuals who need assistance,” the release said.

According to the government agency, gender-based violence comes in many forms and it is important for persons to recognise this.

It said some common signs to look out for are jealous behaviour, possessiveness, a temper, controlling behaviour, consistent verbal insults and attempts to encourage isolation from friends and family.

The general public is also encouraged to look out for warning signs that someone may be abusive, as this can help reduce the likelihood of the relationship escalating to a level where violence occurs. 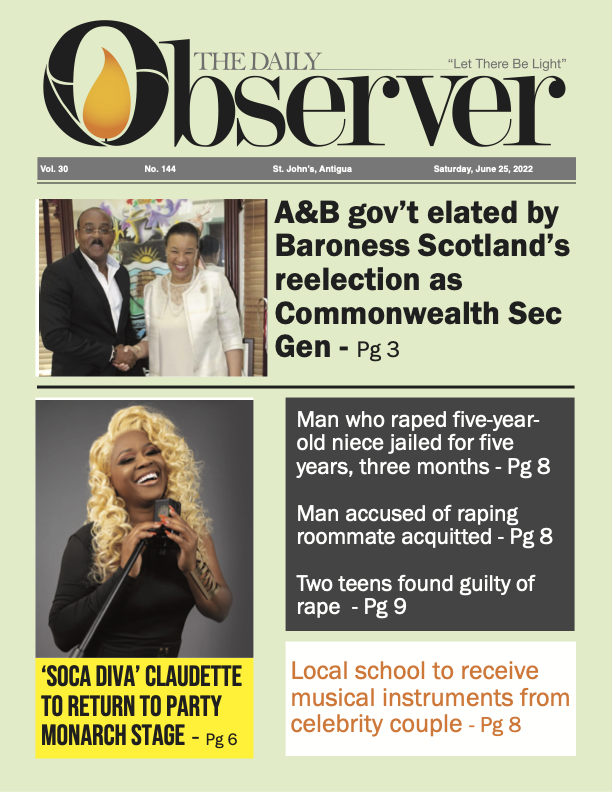