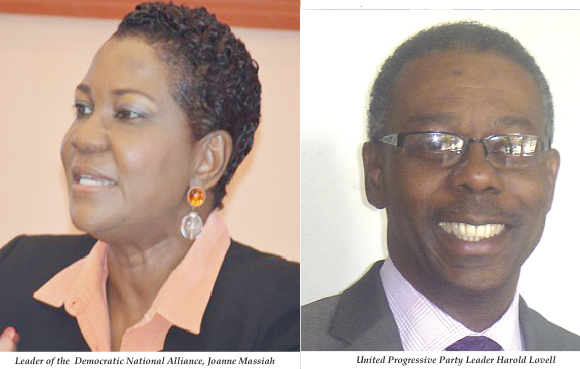 Noting the financial challenges that will continue to develop as a result of the shutdown of many businesses across the island, PM Gaston Browne announced that relief packages will be made available to single-parent and no-income households.

He added that the details of that package will be disclosed in short order.

This announcement comes just after the leaders of the Democratic National Alliance (DNA) and the United Progressive Party (UPP) called on the government to create a stimulus package for the citizens of Antigua and Barbuda.

“What stimulus package you’re coming up with?” asked leader of the DNA, Joanne Massiah, as she made reference to plans already in the pipeline for Jamaica, Trinidad, Grenada, St Kitts and Nevis, and Barbados.

UPP Leader Harold Lovell, in an address to the nation said, “if we fail to plan, we plan to fail” and he made several requests of the government.

“It is critical that the government moves quickly to implement an effective stimulus package to bring some measure of relief to the citizens of this country. We also need to be assured that there is an effective food security plan in place. We also need reassurance that our healthcare system is fully staffed, funded, and resourced to address the challenges associated with the treatment of this disease,” he said.

Meanwhile, Lovell said that his party has a series of initiatives in the pipeline.

He said these actions include, “the development of a Covid-19 crisis plan that offers a number of proposals to help mitigate the economic and social hardships which may occur.”

The UPP political leader said the plan was presented to the Cabinet with “immediate remedial, social and economic measures and national response mechanisms that should be implemented.”

He also said that UPP branch mobilisation and welfare officers will be at the frontline in an attempt to identify the most vulnerable in communities “so that we can provide support to those severely impacted during these uncertain times.”

In addition, “party officials have been engaged in consistent dialogue and community education campaigns to increase awareness of the safety measures to protect themselves as well as their families,” added the UPP political leader.

He said that these, and more actions, will be undertaken in the upcoming days.