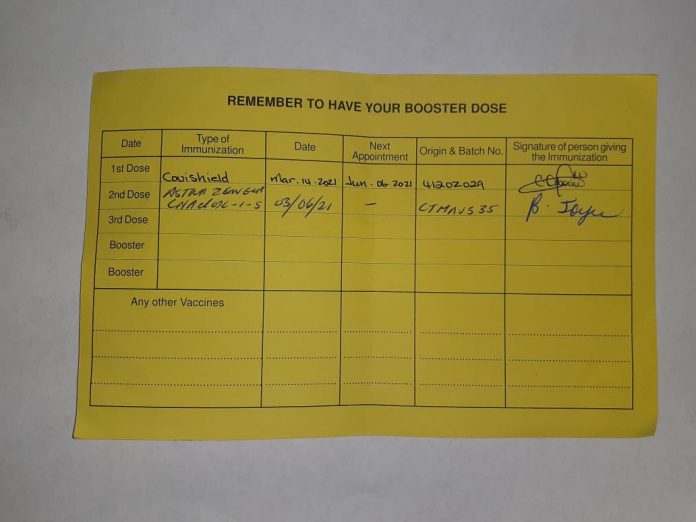 The operators of bars, nightclubs and gyms are being warned that they have the primary responsibility to ensure that the rules regarding fully vaccinated people are adhered to within their establishments.

Following an announcement from the government late last month, the rules came into effect on August 1, mandating that the aforementioned business places should only allow fully vaccinated people – those with both doses of a two-dose vaccine or one dose of a single-dose vaccine – to patronise them, and refuse service to those who are either partially vaccinated or not vaccinated at all.

Restaurants were also included in the original announcement, but the government has since reneged on that, as it was ‘not very feasible.’

Since the start of the pandemic, the Health Ministry – via the Central Board of Health (CBH) – and the police have been tasked with enforcing the public health rules, with the former responsible for inspecting/monitoring the businesses and the latter responsible for enforcing any sanctions, such as shutting them down in the event of breaches.

What that meant is the business operators themselves would be responsible for the day-to-day application of the rules, like mask-wearing, handwashing/sanitising, temperature checking.

It was believed that the level of monitoring and enforcement would be increased, given the more ‘serious’ nature of the new vaccinated-only rules, but the government says the same processes will apply; the businesses will be responsible for ensuring that people who are not fully vaccinated do not enter their establishments.

“[The business operators] will have to weigh in the balance, how much risk they want to take with their business. We have ensured that when we crafted these new regulations, we placed a significant onus on bar owners, club owners and now gymnasiums, that [they] will be required to ensure that [they] inspect the persons who come into the establishment and act as that point of filter.

“[The CBH and law enforcement] will act as the enforcement agencies. Based on inspection, if it turns out that [these establishments] have permitted a breach of the regulations, then they will suffer the financial consequences,” Information Minister Melford Nicholas explained.

As mentioned above, restaurants were removed from the list of establishments that fall under the new rules, as their seating allows for proper social distancing, which – coupled with the other safety measures – would diminish the risk of infection spread.

There was some confusion though, about the ‘loopholes’ that exist in the form of restaurants that have bar services, as well as bars that serve food.

Nicholas clarified that the rules only apply to situations where people sit at a bar to drink and/or socialise, rather than cases where a bar at a restaurant provides drinks to patrons seated for dining.

He added that, based on observation, if a restaurant was found to be allowing social entertainment like dancing and unnecessary gathering, it would then fall under the new rules.

The Minister also confirmed that the new rules would apply to tourists, who were spared inclusion when the initial announcement was made.

The disclosure that the rules would only apply to locals sparked some discontent, but that position has now been clarified to reflect more equity.

“The same [rules] will apply in those three establishments, so if there are tourists who would want to [patronise] these businesses, the same would apply.

If the tourists cannot produce any evidence that they are vaccinated, then they should be turned away. If that is not the case, then both parties will be in violation of the regulations and will be treated accordingly.”