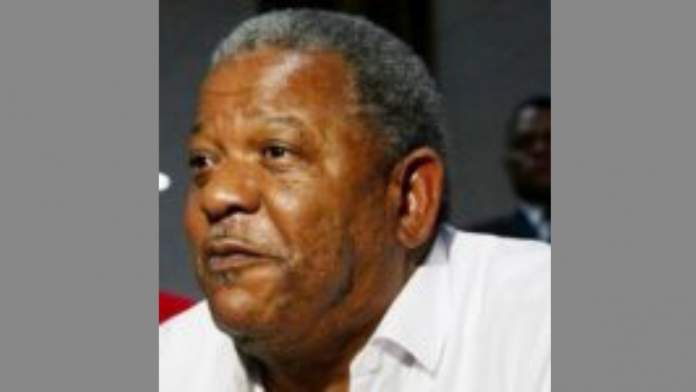 The buses at the centre of the corruption trial involving three former UPP government ministers “were not considered property of the government of Antigua and Barbuda directly,” former Prime Minister Baldwin Spencer told the court yesterday.

“That clearly was not the arrangement,” he added.

Yesterday, after three insurance representatives testified that former cabinet ministers Harold Lovell, Dr Jacqui Quinn-Leandro and Wilmoth Daniel had insured one bus at each of their companies, Spencer, who was also the Foreign Affairs Minister in 2008 when the trio allegedly committed acts of corruption, embezzlement and conversion, gave his sworn evidence.

Spencer shared that himself and the late Ambassador John Ashe had a side meeting with the Ambassador of South Korea at an event one day to discuss the need for buses in communities in Antigua and Barbuda.

He said that he did not allocate the buses nor was it a Cabinet decision because “it was not a situation where the request for this endeavour was to be a government to government”.

Spencer said that Ashe organised, negotiated and made most of the decisions in this regard.

Lovell’s lawyer, Anesta Weekes QC asked, “Did you have an understanding that the buses were specifically donated to the government of Antigua and Barbuda?” and Spencer responded with a resounding “no”.

“It was felt certainly by me that the whole question of transportation in communities, there was a need for it, and so the whole idea was to put arrangements in place for that to happen and to have the parliamentary representatives for the various communities be the custodians of these buses,” he went on to explain.

He said the parliamentary representatives were to be given the buses because “it was part of his or her responsibility to provide a service to the community and to that extent to coordinate whatever has to be done to facilitate that arrangement”.

In his brief cross examination, Quinn-Leandro’s attorney, Dane Hamilton QC, inquired into why one bus was earmarked for his client’s constituency and Spencer stated, “it was a situation where a request would have been made by the parliamentary representative”.

In the afternoon session, an employee of the Antigua and Barbuda Transport Board revealed documents which showed that the buses were registered in the names of the three accused.

Noting that she is a resident of Potters village, Hamilton showed her a picture of the bus used in his client’s constituency, the St George’s Express, and asked her if she had ever seen the bus in her area to which she indicated that she may have seen some elderly persons in it.

“Was it a UPP bus?” Hamilton then queried.

“It was under UPP at the time but it was a bus for everybody,” the witness then said.

The final witness of the day was Dean Evanson, the current Director of Audit.

He disclosed that he was asked to carry out an audit on the donations from the United Nations missions from 2009-2015 to which he took into account five buses from 2006 to 2008.

When being cross-examined by Weekes, it was revealed that in his police statement Evanson admitted that he came to include the buses because an “actual request of cabinet spoke to school buses”.

He further stated that all the information he had gathered “suggests that they were a donation to the government of Antigua and Barbuda”.

The trial, which is slowly coming to an end, will continue today at 9am.