The game of basketball in the Grays Green community has suffered tremendously as a result of a decision to house the Magistrates Court within the confines of the new community center located at knuckle block.

This is the view of at least three former players who would have benefited from the sport and having access to a usable facility within the community.

Former national basketball player turn coach Oslyn “Pigeon” Gregory is one such individual whom, while speaking on the Good Morning Jojo Sports Show, said a decision in April 2019 to move the St John’s Magistrates Court into the community center served to further stifle what was an already suffocating programme.

One other former player and a former national coach, Craig “Imp” Anthony echoed Gregory’s sentiments, adding that even with all the promised trimmings, the new court falls farm from his expectations.

“We had a better court there [prior to the construction of the present one] before they destroyed it and gave us what they did. We had better basketball rims, better flooring so the only thing that has improved down there is the lighting. It is not the courthouse stopping us from using it because we have access now and we went to try and use it and I got a little slide and I am sure you’ve seen me limping around so that is not suitable for playing,” he said.

Meanwhile, Malaka Parker, president of the Hand Up Foundation (HUF), a community-based organization, said the issue transcends basketball and has affected the community on a wider scale.

“One of the reasons why the community would have pushed to get that facility at the court which is now the [Magistrates] Court, is because we needed proper basketball facilities in particular, so I would wish for those authorities who are listening to understand and appreciate that it is not just the sport that is being strangled, but it is really community life. When we had that type of access, the basketball players were taking care of the school plant, vandalism was at a low because everybody had ownership and it was my school and the older guys were looking out for the younger ones and so forth,” she said.

A decision was taken in early 2019 to move some operations of the Magistrates Court to the community and sports center in Gray’s Farm. This after staff at the court’s original High Street and Temple Street location were forced to work half days due to unsatisfactory conditions of the building.

There has been no indication as to when the court will be moved from the community center. 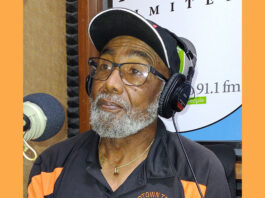 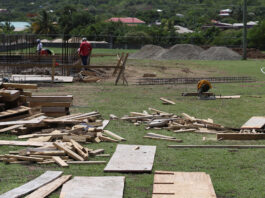