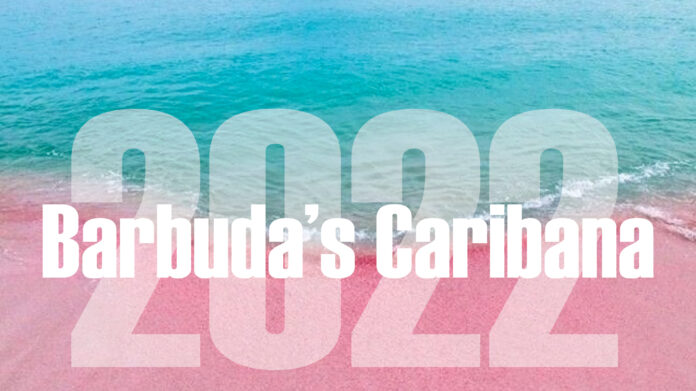 A former chairman of Barbuda Caribana is welcoming the news that Barbuda’s marquee event will be making its return this year.

Yannick Beazer, who was a guest on Observer AM on Thursday, shared his elation over the news that the festival would be returning after a two-year hiatus due to the Covid-19 pandemic.

“I agree with its return. We have more people on Barbuda and people are looking forward to the Caribana festivities. The whole scope of entertainment has changed in Barbuda, so it is something that I would agree with,” Beazer said.

The official launch of the cultural event was held last weekend with several Barbudan officials including members of the Barbuda Council in attendance.

Although he welcomed the news, Beazer said that there are some areas that can be improved on to make the cultural event more marketable.

“I would say early planning and additional accommodations would be the areas I would look at. We have a lot of people in Barbuda dealing with construction, so they are already taking up the few accommodations that are there,” he added.

He explained that putting additional accommodations in place will help to draw even more persons to visit the island during the festivities as many have to camp out in tents and etc, or would some just change their minds from attending because they have nowhere to stay.

Nevertheless, Beazer said that he expects the event to garner a lot of support this year around from Barbudans, as well as Antiguans who usually travel over to the sister isle to take part in the festivities.

He revealed that he, too, will be playing a role in the weekend event with two fetes of his own.

The festivities will kick off with an opening parade and Little Mr and Miss Barbuda Pageant on June 3.

On June 4, the Johnny Desuza fishing tournament and Beach Bash will be held while horse racing and the Barbuda Calypso Melting Pot will take center stage on the 5th.

The festivities will conclude on June 6 with the highly anticipated J’ouvert morning and food fair.