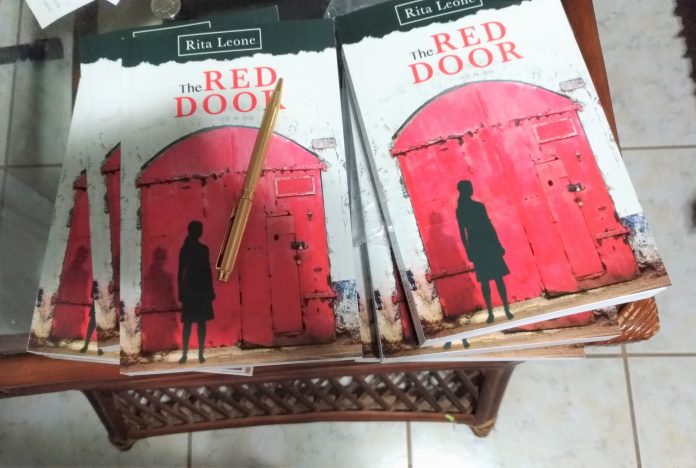 Rita Joseph-Olivetti, writes under the pen name, Rita Leone. Ms. Joseph-Olivetti is retired and resides in Grenada. She enjoys spending time with her family, reading and writing. And, she takes a keen interest in environmental issues especially as they impact her island home.

Prior to her retirement, Ms.  Joseph- Olivetti served as a High Court Judge of the Eastern Caribbean Supreme Court (ECSC). Her more than a decade as a judicial officer took her to most of the Eastern Caribbean islands, including in the main, Antigua and Barbuda (her first and forever dear judicial home) and the Virgin Islands (British). She also served as a member of the judiciary in Belize, Central America, after her retirement from the ECSC.

The Red Door is her first novel. It was self-published by Ms.  Joseph-Olivetti‘s own company, Ariposa Dreaming Inc. of Grenada. The Red Door has been described as, “a powerful drama.” It is the story of the protagonist, Jessica Cummings, who wants a place in the sun. Jessica’s quest takes her from her impoverished home in Grenada in the 70’s to Tortola in the Virgin Islands, lured there by a wealthy lawyer. It ends in a women’s prison where she is condemned to serve a life sentence. Jessica relates her story from behind the red door of her prison cell, in a moving and effective mix of Grenadian patois and standard English, and in a series of flashbacks interspersed with the present.

According to Ms Mary Francis, a lawyer in St. Lucia – “The Red door is a veritable treat and must read. The story, although set mainly in the island of Grenada, easily becomes a tale of Caribbean society, and in fact presents a fine study of Caribbean colonial society.”

The Red Door was both inspired and informed by Ms. Joseph-Olivetti’s life and her work – it could not have been otherwise, she says. The novel is available as an Amazon e book _https://www.amazon.com/dp/B08F79KFJR/ref=mp_s_a_1_5?dchild=1&keywords=the+red+door&qid=1596544357&s=digital-text&sprefix=The+red+door&sr=1-5