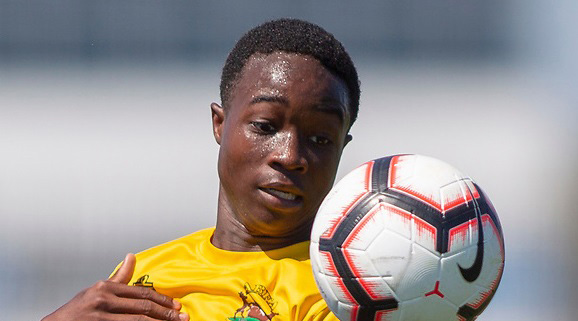 Six new players, including young striker Ronaldo Flowers, have been included in a 26-member senior men’s national squad for the first time in the country’s CONCACAF Group A World Cup qualifying efforts, as the Benna Boys prepare to host visitors Grenada at the Sir Vivian Richards Cricket Ground on Friday.

The 18-year-old Flowers, who is fresh off a stint with UK-based Brentford Academy alongside Raheem Deterville, joins midfielders Novel Francis Jr and Rhys Browne (England-based), defender Shavon Phillips and striker Keon Green as the newcomers in the squad.

One member of the coaching staff, Schyan Jeffers, explained the need for the large 26-man squad.

“Our focus with 26 is because we have two games now where we play Grenada on Friday and then we play El Salvador on Tuesday and if we qualify we don’t come back to Antigua [from El Salvador], we fly to the next destination. Let’s say that we have guys who got suspended or picked up injuries, then we would still have more guys we can choose from and keep our team fresh,” he said.

Veteran striker Peter Byers, the experienced Quinton Griffith in midfield, Tomarley Thomas and Karanja Mack in defense and goalkeeper Molvin James have also made the cut.

Jeffers said the players have been focused on the task at hand.

“The guys have been very receptive with the training and all the information and they have been very competitive from the jump and I am very happy that we are fully focused and I think that we are going to do a good job coming up on Friday,” he said.

Friday’s match is slated to start at 4 pm but will be closed to the public.

The team will be coached by former England-based player Mikele Leigertwood. He will be assisted by Jeffers, George Warner, and Lenny Hewlett.