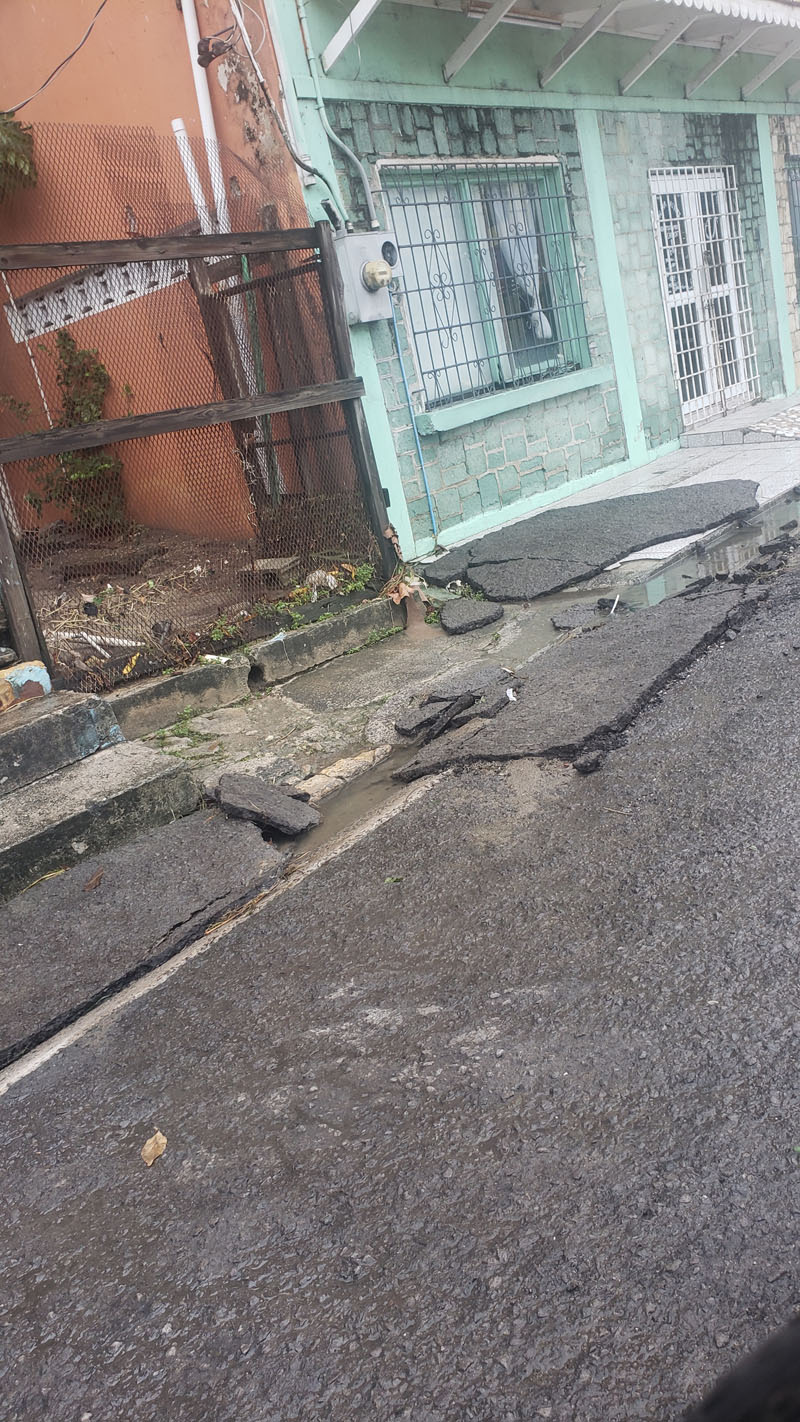 Heavy rains which triggered severe flooding across Antigua last week have brought into sharp focus the plight of the many families living in homes in “significant disrepair”.

More than 500 families have so far been identified by the government as being in need of help after the torrential downpours pummelled houses, as well as destroying roads and infrastructure.

That figure is more than double the initial estimate given by officials in the aftermath of what was described by Information Minister Melford Nicholas as a “national disaster”.

And it is likely to rise further still as island-wide assessments of the damage continue, Nicholas warned yesterday.

“The number is under revision but it is upwards of 500 at this stage,” he told the post-Cabinet meeting press conference.

“The reviews being conducted have seen the ‘level ones’ – which are the most severe cases – tick upwards, based on a second view of what has taken place in the field. There are more and more persons under consideration,” he said.

Beds have already been delivered to several people who lost furniture when rain poured into their homes due to leaking roofs.

A number of wooden houses are to undergo work to raise them off the ground to better protect them against future bad weather. Costs will be kept down by using government labour such as defence force workers, and National Housing carpenters and masons.

But the country’s Covid-battered coffers will be hit further as other expenses continue to rack up.

An additional $1 million has been allocated to recovery efforts via the National Office of Disaster Services (NODS), Nicholas said.

“The water damage was significant enough to warrant some intervention by the government and we are not going to be leaving any of our citizens or residents behind. We are going to do everything necessary to respond to these particular needs,” Nicholas told media.

He continued that the assessment had revealed the large number of residents who live in vulnerable housing.

In addition to people who suffered a “direct and immediate impact” from last week’s trough system, assistance will now be widened further, the minister explained.

“There is a discovery that there are several persons living in wooden houses that are in a significant state of disrepair and they may be falling through the economic crack … we want to go to the next level and identify those persons who are living in those marginal circumstances where their homes may be tattered and they may be exposed to the elements in times of inclement weather.

“So there will be a wider net thrown to support quite a few more families,” Nicholas added.

Earlier this week it was revealed that the sky-high bill for repairing roads was set to soar by an extra $100 million, on top of the staggering $168 million previously touted.

Repairs have begun in some critical areas, minutes from Wednesday’s Cabinet meeting said, and drains are to be fixed using boulders to strengthen them.