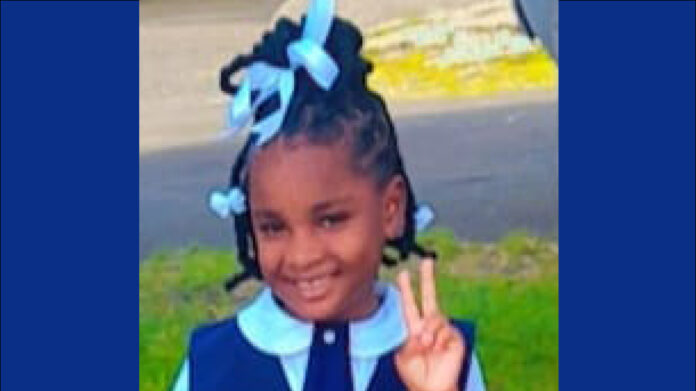 By Shermain Bique-Charles
[email protected]
The mother of a five-year-old girl is calling on the Ministry of Education to intervene after she was told by a school principal that her daughter was not welcome in the school because she has locks.
Jordon Mason said her daughter had been accepted to the New Bethel Seventh Day Adventist Academy in Liberta – but when they went to the orientation on Monday the principal pulled her aside and informed her that the child could not attend school with locks.
Mason, who lives in English Harbour, told Observer that she was given an ultimatum to chop off her daughter’s hair or not bring her back to the school.
The distraught mother said she had no idea that this was a policy of the school as it was never mentioned during registration.
“I registered her in August, paid the fee, paid the insurance fee. I bought her books, uniforms, shoes, bags, and all she needed for school. I went to school with her and everything was fine. Nobody said anything.
“When I sent her aunt for her at the end of the school day, she told me the principal said she cannot come back to school because of her hair,” Mason told Observer.

She said when she contacted the principal of the school, the situation became more bizarre.
“When I registered her, she had locks and nobody said anything. When the principal called, she said ‘we don’t take children in school with locks’ and I can either cut off her hair or keep her at home. I asked who will refund me for all I have spent. They said they can only refund me the school fee. I could have cried,” Mason said.
The mother said she has decided to keep her daughter at home for fear of her being victimised at the school.
“The principal has no heart. She could have told me they will keep her until the first term while I figure things out in January. She just said either cut her hair or keep her home.
“I would have to buy the things all over again and what school can I get now? After this, I won’t even want my child to remain there because they nah go treat she good,” she said.
Mason said she was very surprised that the God-fearing people who govern the school could be so insensitive.
“You don’t just turn down people like that. To be a church school … it’s not like she is untidy; she is clean and proper, her hair is well kept. I tell people when all of us dead we go the same place and hell nor heaven won’t say they don’t have space for Rastas because God never says so,” she said.
Mason later clarified that the hairstyle was not on religious grounds but personal preference. The child’s father also has locks.
Observer tried several times without success to contact the principal of the school Vivian Nicholas.
However, Director of Education Clare Browne told Observer that the Education Act is silent on the subject of dress and discipline in denominational schools.
Section 49 of the Education Act states that public schools and assistant private schools, after consultation with the board of management, providing such a board exists, introduce a rule to govern the attire, conduct, and discipline of students.
‘Freedom of expression’ is however enshrined under chapter two of the country’s constitution.
Meanwhile, local resident and social commentator, Makeda Mikael, said the once discriminated against Rastafari community have become accepted in society in recent years.
“So for today to hear that a private church school could be so downright cruel to reject a child on her first day of school, on the grounds of wearing locks, we realise that not much has changed in 50 years,” Mikael said.
She claimed Rastafari are only recognised when they are required to be used either by the politicians at election time, or the new cannabis growers who want them to grow their ‘weed’.
“Schools and teachers are not what they were when teaching was regarded as a vocation and not just a job, and when Christian churches recognised that their Christ came for all, especially the poor and despised.
“The child and her happiness were not considered on her first day of school, with her locks, prettied up like the other children with their plaits and ribbons.
“She was disappointed by her teacher, and told not to come back to school with her locks. Is this the vocational teacher talking or the segregationist Adventist church,” she queried on Tuesday.
Mikael said the time has come for the country’s constitution to protect all people and not just some.
“It is time also for the churches in our midst to understand and apply what they preach, and when they fail to apply this century’s Christian churches’ approach to unbiased religiosity, the constitution must show them their failure to bend the moral arc towards justice,” she added.
President of the South Leeward Conference of Seventh Day Adventists Pastor Carson Green told Observer he had been notified of the situation and was looking into it.