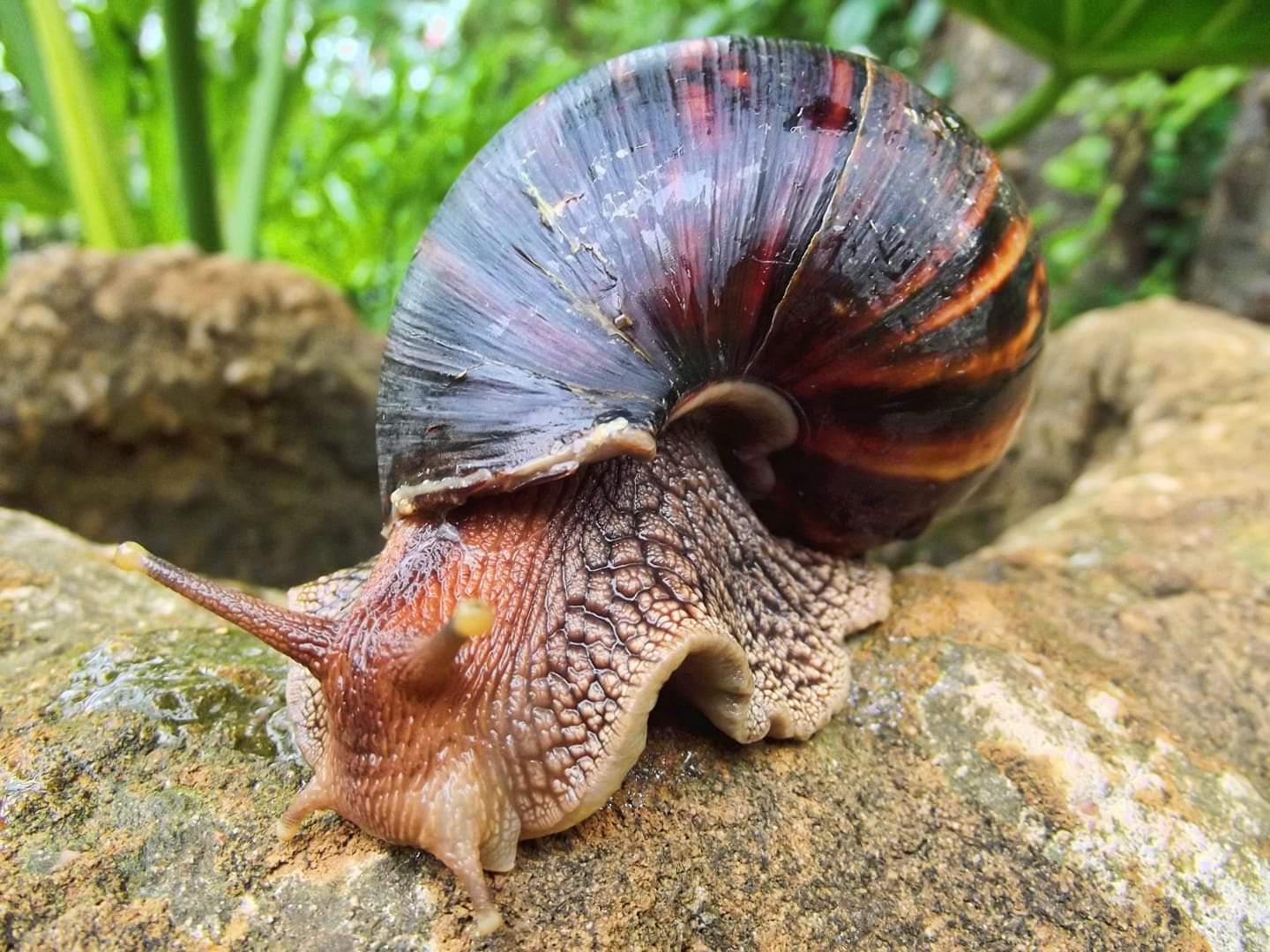 News that the invasive Giant African Snail may have made its maiden voyage to Barbuda has prompted the chairman of the Barbuda Council’s Agriculture Department, Devon Warner, to resume the search of all cargo boxes entering the island.

“We were told that one was found in a box containing produce that would have been brought from the cargo boat from Antigua,” he shared. However, when they went to search the areas where the snail had reportedly been seen, the authorities were unable to find any evidence of the species.

Despite coming up short, the chairman said they have already informed importers from Antigua about the precaution which will resume as of this week.

“The council’s plant protection officers and our health inspectors will be searching all boxes coming in from Antigua or any place else that would be bringing in produce or plants,” Warner told Observer.

The measures, which were initially implemented for produce and vegetation, will be extended to include every item coming to the island, including food and seedlings.

Meanwhile, Chief Plant Protection Officer, Dr Janil Gore-Francis, is advising the local authorities to stick to the plan of action outlined in 2019 by her department, which includes checking every package coming into the island.

“If they are taking produce, or anything from Antigua for that matter, they should check to make sure that they aren’t infested,” Dr Gore-Francis said.

If the Giant African Snail starts to reproduce on Barbuda it will put the agriculture sector at risk. The threat would be further compounded by the lack of treatment options.

According to the Chief Plant Protection Officer, the department does not recommend that snail bait be used to catch the creatures as it poses a risk to water supply on the island.

“It [the soil] is very porous and because most of their water comes from wells, it means the bait could leak into the water catchment area,” she said.

Dr Gore-Francis shared that the Giant African Snail has so far been spotted in 70 per cent of communities in Antigua and presents a real threat to agriculture.

The current national lockdown, prompted by Covid-19, is likely to further exacerbate the problem as it has entirely stopped the department’s call to action.

“We had to stop what we were doing in terms of facilitating the collections from the communities that were doing community collection … in the meantime what we advise persons to do is just to collect, put salt and then put them in the bin,” she informed.

The department’s next move will depend on further lockdown regulations and the extent of the dry season.

However, with the 2020 Atlantic Hurricane Season just around the corner, it is not long before the department will have to put a plan of action in place to deal with the snails in its most active season.