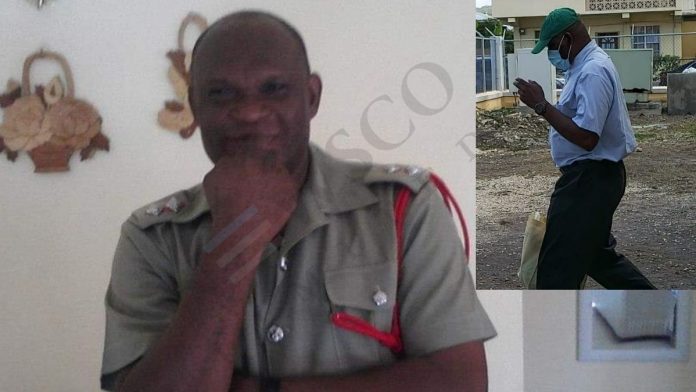 The Senior Police Officer who allegedly stole a large sum of money from the XPZ supermarket while it was being destroyed by fire over a week ago, was granted bail in the High Court on Friday.

This was as a result of a June 1 report made, where Weekes, an Assistant Superintendent of Police with 40 years’ service, was
said to have stolen US$3,000 along with personal items from the burning building.

During their investigation, the police recovered an unlicensed firearm and ammunition at his home.

Weekes appeared in the St. John’s Magistrates’ Court in early June but the Magistrate did not have the jurisdiction to grant bail. One of his lawyers, Lawrence Daniels then applied to the higher court.

Justice Colin Williams granted his conditional release in the sum of $25,000 with a $7,500 cash component.