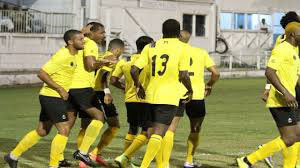 Following the news of the postponement of the Asian Qualifiers for the 2022 FIFA World Cup last Wednesday, the fate of the CONCACAF Qualifiers is now up in the air.

After much deliberation it was announced that the Asian Qualifiers would be staged in 2021 rather than its original October/November date, due to the Covid-19 pandemic.

FIFA and AFC’s joint statement said it would look for suitable dates next year.

“In light of the current Covid-19 situation in many countries, FIFA and the Asian Football Confederation (AFC) have jointly decided that the upcoming qualifying matches for the FIFA World Cup Qatar 2022 and AFC Asian Cup China 2023, originally scheduled to take place during the international match windows in October and November 2020, will be rescheduled to 2021,” the statement read.

“FIFA and the AFC will continue to work together to closely monitor the situation in the region and to identify new dates for the respective qualifying matches.”

These same discussions are now ongoing with CONCACAF, the division in which Antigua and Barbuda is a member of, Rohan Hector, the general secretary of the local football association, told state media.

“We are in constant communication with FIFA and CONCACAF and, as you would have heard, they already pushed back the September window and so we are awaiting word now to see if the October window indeed remains open or if they are going to move that back as well,” Hector said.

“There has been a discussion with my colleagues and the general secretaries around the region; we constantly communicate. And what we have been able to send back to FIFA and CONCACAF is the number of countries that are still under state of emergency protocols and regulations and how difficult it would be to play home and away games in this region at the time because of the regulations that are in place in most of the Caribbean territories which presents a difficulty.”

Antigua and Barbuda, following the CONCACAF draw some weeks ago, was placed in Group A and is expected to face Montserrat, Grenada, the US Virgin Islands and EL Salvador in a home and away format in the October and November windows.

President of the ABFA, Everton “Batow” Gonsalves, says however that they will putting plans in order as they await the final word.

“CONCACAF and by extension FIFA are still deliberating as to whether there can be a return and those competitions can flow normally and, as such, we are doing a lot of work in the background. We are looking to get our technical director up to speed, we are also getting our national coaches because we have a lot of applications for that.

“We are looking as soon as we get the nod that there will be play that we spring into action,” he said.

“There are some preliminary developments taking place and so we are monitoring everything perfectly because at the end of the day, if we jump in and disburse significant finances only to hear that it’s put off ‘til January, that will not sit well with our financiers.

“So we are making sure that we are ticking off every box, doting our I’s and crossing our T’s … and as soon as we get that call and that nod that we are definitely going, then you will see the Antigua and Barbuda team preparing,” Gonsalves said.

He added that the health and safety of players was of utmost importance.