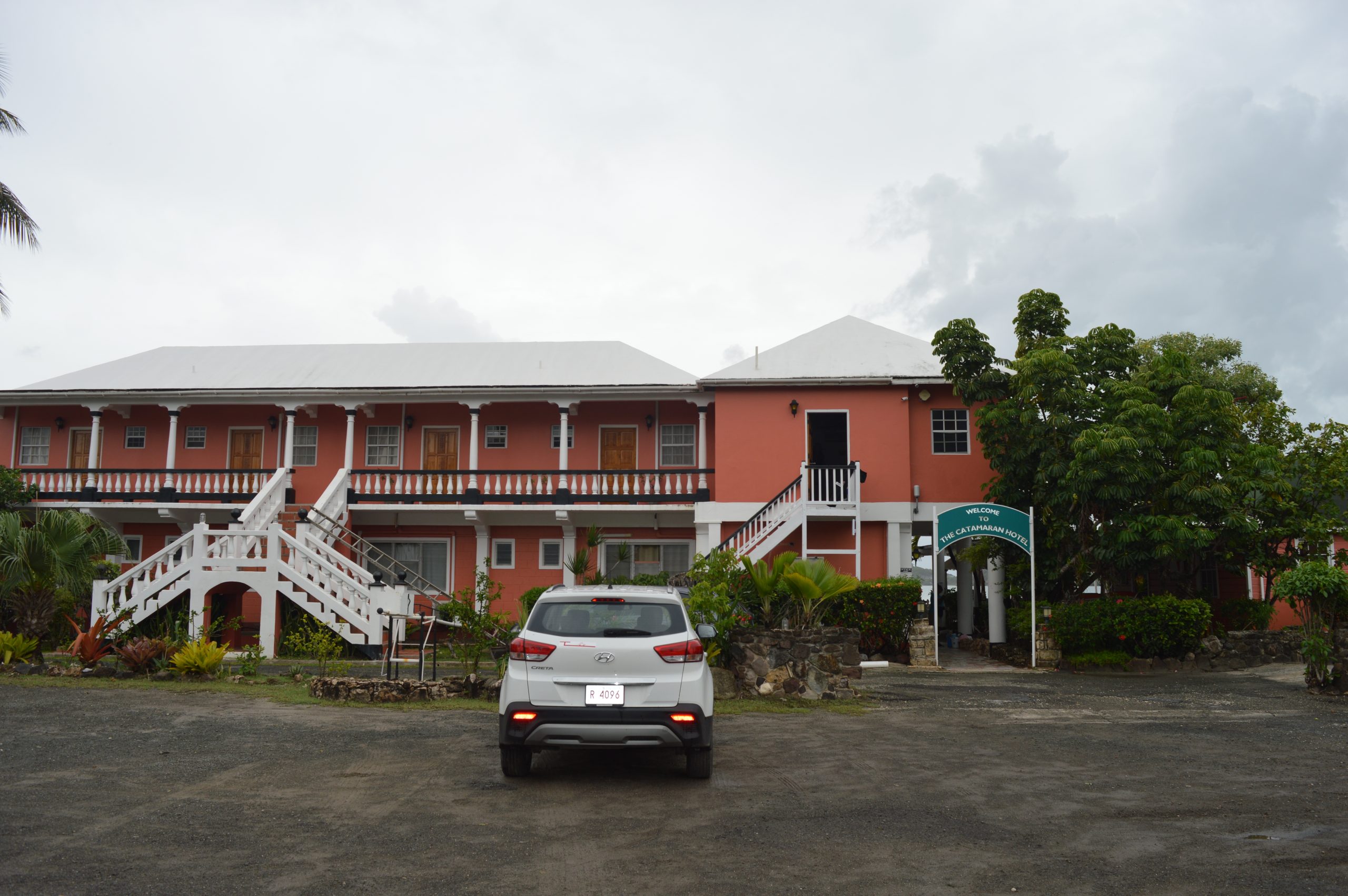 The first six individuals to be featured in a documentary series about plus-sized vacationing arrived on island over the weekend.

Over the last few months, the Catamaran Hotel (owned by Feona Bailey) in Falmouth was transformed into a safe haven for persons with a few extra pounds.

In a tour of the retrofitted facility, owner of ‘’The Resort,” James King, showed an Observer reporter the changes that were made.

The hotel is now an ergonomically friendly property, equipped with “safe and suitable” furniture.

The now plus-size certified resort has comfortable, strong and spacious chairs that can hold persons of over 500 pounds and beds fit for over 1000 pounds.

King also showed some of what he referred to as  ”hidden features” to include a toilet that can hold 1500 pounds.

In addition, grab bars were placed near each toilet and within each shower to assist persons in moving around easily.

A special shower head with a handheld option was also installed in each shower which King explained enables persons to wash hard-to-reach areas with ease.

But the look and feel of the resort has not changed, but rather has become truly “all inclusive.”

King revealed that it took 15 years for him to master the art of plus-sized accommodation, and now he said that it is more than just “fixtures and furnishings.”

“We never expected that the resort would have that sort of personal impact on anybody, but without fail, every time we bring a group, and every time people book to come here, even with no cameras, it’s the same thing. The people on the property bond like they’ve known each other since grade school, they talk about all of their issues like they’ve known each other their entire lives, and the impact it has is just staggering, and for me that’s what keeps us going,” he stated

“The people who come on holiday who are plus-sized, they come with a whole bunch of issues, inhibitions; and they’ve had a lifetime of people shaming them, laughing at them, all the bias and the stigma and the shaming, and they walk onto the property and they are welcomed by my staff and by us, and they feel at home,” he continued.

King further stated that the psychological impact that these full-figured offerings have had on individuals is “staggering.”

He said that the impact comes from the fact that the guests feel like they are on a normal vacation.

“They can go out and try to get on the kayaks and they can fail miserably and have a ball doing it, and nobody is staring, nobody’s laughing, nobody cares,” he said.

In addition, much as it will be during the filming, “there is very little staff on the property, so no one is looking at you,” King added.

The Resort owner also revealed that many guests leave his resorts pounds lighter because they are completely relaxed and stress-free and can participate in activities thatr they would typically be shamed for merely attempting.

Similarly, all the participants in the documentary series will be touring and doing activities all around Antigua and Baarbuda.

King shared that “some of the various places that they’re gonna go to, the owners have been amazing . . . they’ve just been welcoming.”

Six new plus-sized individuals – who have tested negative for Covid-19 prior to arrival – will occupy the resort each week for the filming of an 8-part documentary series.

The series will air sometime next year on the Discovery Channel, UK.