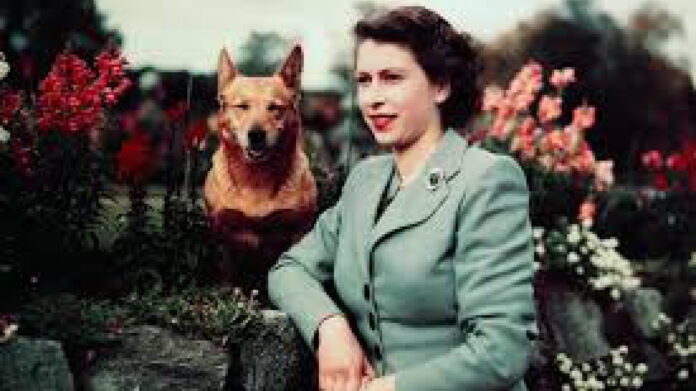 We here at NEWSCO are sending our condolences to mourners worldwide on the passing of HRH Queen Elizabeth II. May her kindness and enduring interest in our fair state, as a former colony and member of the Commonwealth of Nations, long live after her. There is a void in our hearts.

Even though her transitioning was not entirely unexpected, it still came as something of a shock to most of us, because . . . well . . . we’d heard earlier yesterday morning that she was resting comfortably, under the care of her physicians. And, she always seemed to have that remarkable ability to overcome the inevitable bouts of sickness. Many of us expected her to beat her most recent ailment, as she had beaten so many others. Remember, just a few months ago, she’d contracted Covid-19, and overcame it like a true Elizabethan champion.

But it was not to be. The Queen died peacefully at Balmoral at 1:30 yesterday afternoon, and for many, albeit for a moment, time seemed to stand still. After all, her longevity – she reigned for seventy years (Britain’s longest serving monarch), was a symbol of stability in a world where change is ever constant. Her devotion to duty, and her sense of responsibility and fairness, endeared her to many, even those felt that the Monarchy had outlived its usefulness, becoming something of an anachronism. But don’t tell that to the British!

The Queen embodied that very British notion of keeping “A stiff upper lip.” She was the epitome of wisdom and discretion, always seeming to say and do the right things at the right time, and under the right circumstances. Indeed, as was said of another monarch from another place and another era – Louis XVI of France: “. . . so natural and unstudied was Her Majesty, that no matter how triflingly she was engaged, her manners never lost their regal bearing, or the acme of good breeding.” It is difficult to recall a major faux pas by Her Majesty on the international stage, or on the home front in London.

Queen Elizabeth visited our fair State three times – in 1966, 1977 and 1985. On each occasion there was much pomp and circumstance, and excitement on the island. Trees along the royal route were white-washed at their bases, the harbour was cleaned and spruced-up with old boats and other harbour detritus removed from sight. Buildings were repainted, and gutters, sidewalks and roads cleaned and repaired. Flags and bunting were everywhere. School children practiced GOD SAVE THE QUEEN, and the Royal Police Force Band rehearsed that song as well as RULE, BRITTANIA, RULE, for those visits prior to our Independence in 1981. Our uniformed bodies practiced their parade drills, and the Antigua Recreation Grounds were well manicured, and the stands repainted. After all, we did not want to see a royal frown, or the royal scowl.

Thousands lined the routes that were to be travelled by the Queen, hoping to catch a glimpse of the royal visage. True, her face adorned our school exercise books, and almost every postage stamp in the sixties and seventies bore your image, but it would still be nice to see her in the flesh. Such was the colonial thinking of some of us. Needless to say, Her Royal Highness absolutely enjoyed her visits to Antigua and Barbuda, as did most of us.

We will miss her – her stoicism, her remarkable ability to stay calm and unflustered, even in the face of danger and turmoil. We will miss what seemed to us as her ‘economy of words’ – never over-reaching, never injecting herself in matters that were not of her purview, never bloviating.

In closing, here are the lines from STIFF UPPER LIP, as sung by Ella Fitzgerald. It speaks to all that it means to be British, and yes, it has quite a number of expressions from ‘ye jolly olde’ English vernacular. The lyrics were composed as a tribute to Elizabeth I, but they apply to all Britonians and our dearly departed Elizabeth II: “What made good Queen Bess (Elizabeth I)/ Such a great success?/ What made Wellington /Do what he did at Waterloo?/ What makes every Englishman /A fighter through and through?/ It isn’t roast beef, or ale, or home, or mother / It’s just a little thing they sing to one another / Stiff upper lip, stout fellow / Carry on, old fluff / Chin up, keep muddling through / Carry on through thick and thin / If you feel you’re in the right / Does the fighting spirit win?/ Quite, quite, quite / Stiff upper lip, stout fella / When the goings rough /Pip pip to old man trouble / And a toodly-oo too”

Your Royal Highness, we will miss ye! May your soul rest in peace!