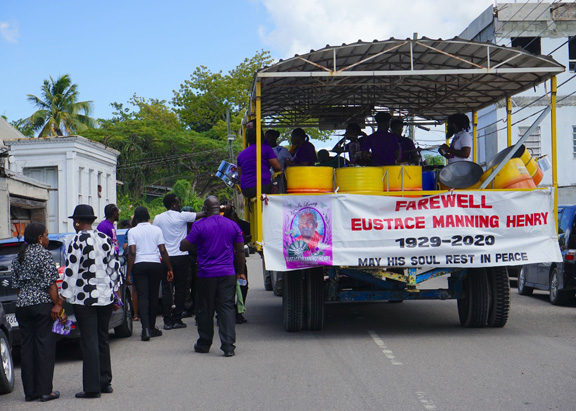 It may not have been the send-off they envisaged but friends, family and the pan fraternity turned out on Thursday to bid farewell to late steelpan legend Eustace ‘Manning’ Henry who died earlier this month.

Attendance was somewhat sparse for a man of his stature, in line with a national ban on gatherings of more than 25 people as the coronavirus pandemic gathers pace.

But the sound of steel bands filled the air both inside and outside Spring Gardens Moravian Church in St John’s, at which Henry was a dedicated worshipper.

The cultural icon, a long-time captain of Hell’s Gate Steel Orchestra, died at the age of 90 at his home in Villa.

Hell’s Gate will this year mark its 75th anniversary. It is said to be the oldest, continuously operating steel band in the world.