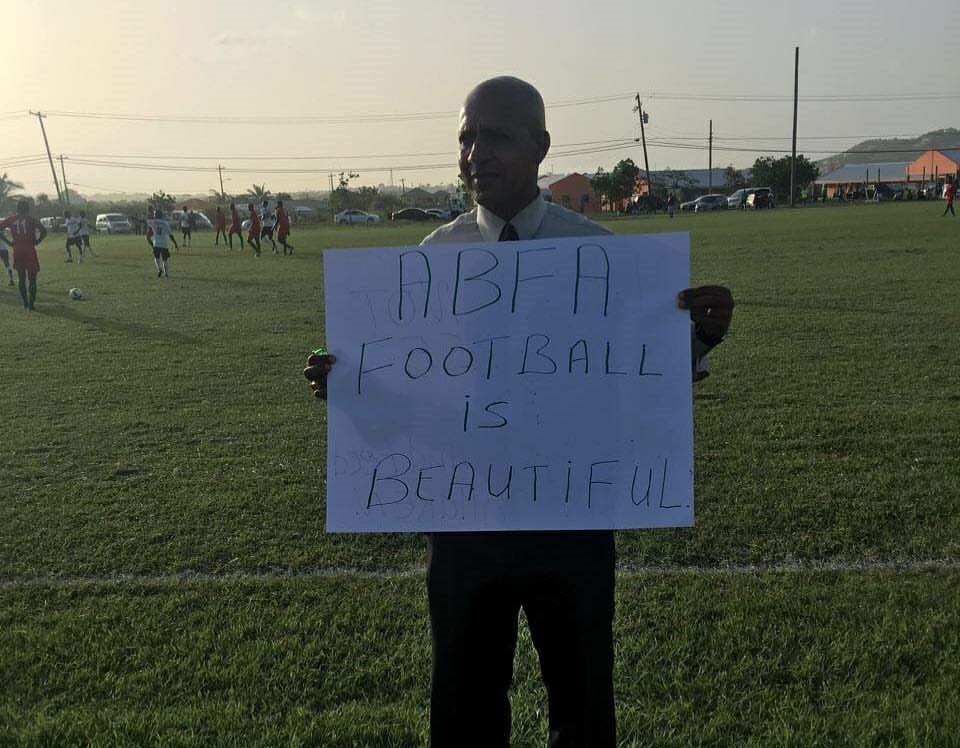 President of the Antigua and Barbuda Football Association (ABFA), Everton Gonsalves, is touting the release of EC$295,000 into the accounts of close to 50 clubs across the island.

Gonsalves, who recently appeared on the Connecting with Dave Lester Payne talk show, said the FA has distributed both the first tranche of the FIFA Covid-19 Relief Funds while they have also split the intended prize monies across all three divisions amongst the 49 clubs that would have participated in the abandoned 2019/20 competitions.

“This includes the much debated $8,000 [US] dollars and in addition to that, the member clubs, as part of their discourse in relation to the 2019/2020 season, would have provided feedback to the executive that they should distribute the prize monies equitably and equitably as we know it from our English comprehension course is in a fair and impartial manner and that is what we did and so the extra amount that the clubs will see in their accounts is part of that disbursements,” he said.

Gonslaves, a former national striker, went on to remind clubs that the FIFA funds were sent to aid in the safe and smooth return of football whenever given the green light by the proper authorities.

“FIFA would have sent the money to the football association and the football association, in its wisdom, determine that the wider football community, which is the clubs, will receive assistance so as we were at pains to indicate, we are not here to liquidate all of your liabilities. We are here to assist you and to bring back football where it once was,” he said.

Meanwhile, vice president and head of the FA’s FIFA Covid-19 Relief Funds committee, Daryl Michael, explained how the prize monies were distributed amongst teams that would have competed in the abandoned season.

“There is only one team that probably did not get part of 40 percent and that was the Pares Football Club who had not finished most of their games throughout the season but they did start so we gave them half of what it would have been,” the VP added.

According to reports, distribution of the funds would have commenced earlier this week. Gonsalves indicated that at least one club did not submit the required application form to be eligible for the first tranche. He however said the process remains open.