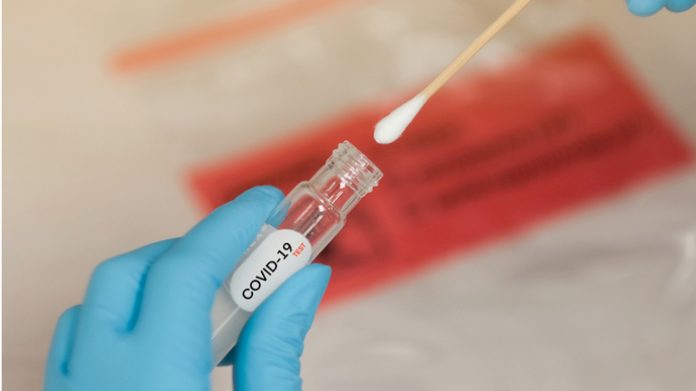 With the race to herd immunity still on, a local trade unionist is raising more questions about the government’s vaccine mandate and what it may mean for workers in the country.

Speaking to Observer earlier this week, President of the Antigua and Barbuda Free Trade Union, Samuel James, addressed the matter of who should pay for Covid-19 testing in situations where an employee is exempted from being vaccinated.

Currently, employees would have to pay $400 per month for bi-weekly testing, but according to James they should not have to shoulder this cost.

“According to a document I read from the International Labour Organization [ILO], it is stating that occupational safety and health measures shall not involve any expenditure to workers and so that has to be part of the education system.

“If you are mandating me to take the test as an occupational safety measure, who should fit the bill? According to the ILO, it should be someone other than the employees. He who asked for the test to be done should meet the cost of those tests,” James said.

The trade unionist also spoke to the matter of who should foot the bill if an employee has proved he or she contracted the coronavirus on the job.

According to James, the ILO also carved out documentation where that specific subject matter is concerned.

“Workers who are infected by Covid-19 as a result of their work should be entitled to healthcare and to the extent that they are incapacitated to work, to cash benefits. These are all governed by various conventions onto which Antigua and Barbuda has signed. Any person who contracts Covid-19 at work, it should be considered to be an occupational injury which means that the employer becomes liable for all the bills and the extents and compensation if and when necessary,” James revealed.

This would be welcomed news for many residents who for some time have been pondering who would be responsible if such matters transpire in the workplace.

Meanwhile, attorney-at-law Kenny Kentish said that there is a need for continued public education after the prime minister admitted on the weekend that there may need to be additional vaccine mandates to push the country to herd immunity with new vaccination numbers slowing down.

“Many people still have reservations and there are some valid reasons for some people to refuse to take the vaccine. Particularly, they have some medical condition that their doctor has said to them would make them ineligible for the vaccine, but a lot of persons from my experience, do not have a lot of information and it is a difficult situation you see because in the health sector right now, our doctors are under tremendous pressure and to design a public information programme which requires our doctors to be giving lectures and appearing on programmes takes them away from their duties looking after patients,” Kentish said.

Kentish’s comments echoed previous remarks from not only medical officials and pundits but the main opposition party who believe that there is still a lot of room for improvement where the national education campaign is concerned.

Some have even shared their disapproval with the politicians taking the reins on this educational drive, a duty they believe should have always been carried out by medical experts.