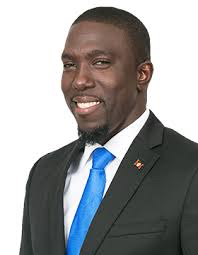 Being accused of bias is “the nature of the job”, the Chief of Staff in the Prime Minister’s Office said as he weighed in on public accusations levelled at the Speaker of the House of Representatives.

Max Hurst told Observer radio yesterday that allegations of bias will follow anyone who holds the position of Speaker.

Thursday’s ruckus occurred when Pringle attempted to explain his reason for declining a position on the Cabinet’s Economic Recovery Committee (ERC) but Sir Gerald would not allow him to do so.

This resulted in a heated verbal exchange between the two before Pringle stormed out of the Lower House after refusing to apologise to Watt.

“It seems to me that every Speaker is going to be charged with some sort of bias,” Hurst said. “This is the way politics works out in Antigua and elsewhere where the Speaker, who is a kind of referee or umpire, will always be accused of being unfair, especially to the other side.

“There are times when I’ve heard Sir Gerald [pull up] the government side [but] every Speaker is going to be accused of being unfair; it is the nature of the job.”

He claimed however that although Pringle may believe he was standing up for his rights and that of his constituents, his behaviour was uncalled for.

“Even if you disagree with the referee or the umpire there is one thing that you cannot do and that is to assault them on the field, and the same rules apply to parliament,” Hurst said.

“If Mr Pringle is of the view that he has been wrongly denied the opportunity to speak, I am not so sure that any Speaker, past or present, would declare that he is right in that kind of verbiage.

“I don’t think that kind of behaviour is welcomed in the parliament. You must find other ways of speaking to your public … without having to heap abuse on the Speaker. I don’t think that that is the way to go. Sir Gerald could be wrong and it still would not justify the behaviour of the member of parliament.”

He is however not in favour of any sanction being brought against Pringle.

“Once before I’ve said something about ‘single Pringle’ and you got to understand that in this particular case if there were four members on the Opposition bench, I can see how you would want to sanction him but he is the only member, so I would just let it go.

“This matter has been litigated in public since it happened, but there are still those who want to keep it alive. I don’t think there’s any political capital to be gained from it,” Hurst added.