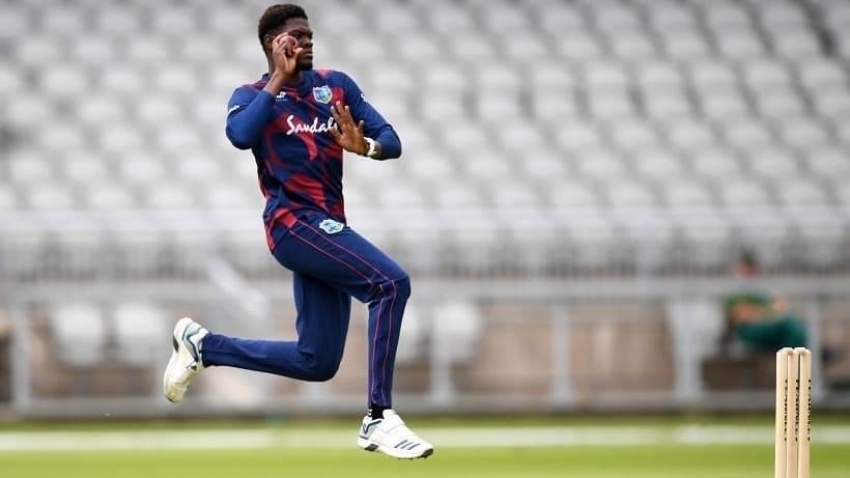 West Indies paceman Alzarri Joseph says he is a better bowler today than the one who faced England in England three years ago.

Joseph had a torrid time of the one Test he played in England during the 2017 Wisden Trophy, toiling for 22 overs without a wicket at a cost of 109 runs.

“I think I have made some improvements as a bowler. That was a big learning experience for me, my first time in England. So I have some experience here now so I know now how to bowl in these conditions in my second time around,” said Joseph.

According to Joseph, the key to bowling in England is making small adjustments to the increased movement in the ball.

“The ball does a bit more here in England than in the Caribbean. There are just some slight adjustments. Nothing too big,” the paceman said.

Joseph and the West Indies will be going into the second of their warm-up games ahead of the July 8 start to the battle for the Wisden Trophy.

In his first outing, a three-day encounter earlier this week, Joseph picked up 4-60, as a team captained by Jason Holder drew with another skippered by Kraigg Brathwaite.

Still, Joseph isn’t using the practice games to impress the coach into putting him in the final 11 for the July 8 series start, but rather, is ensuring he is ready if that happens to be the case.

“I see this as an opportunity to get some more overs under my belt, some more time out in the middle to get used to the conditions. I’m just looking to stay consistent. I think I bowled pretty well, so I am just looking to repeat what I did last game,” he said.

Joseph has had some trouble with injuries in recent times but feels he is fitter and stronger and more able to deal with the rigours of Test cricket.

“I put it down to a lot of hours on the training ground trying to improve my strength and my conditioning. Working on bowling consistently for longer periods,” he said of his recovery.

As far as fitting into a four-pronged pace attack which is expected to give England some trouble, Joseph is banking on the element of surprise.

Obviously those three [Kemar Roach, Shannon Gabriel, Jason Holder] guys have a lot more experience than I do, so more often than not, teams may see me as the weak link,” said Joseph.

“I can use that as an advantage for me because I know my abilities. They might not know, but once I get in on the day and get the job done, I know I can get on top of any opponent.” (Sports Max)